Police officers have been forced to flee after hoodlums set their station on fire in Lagos. 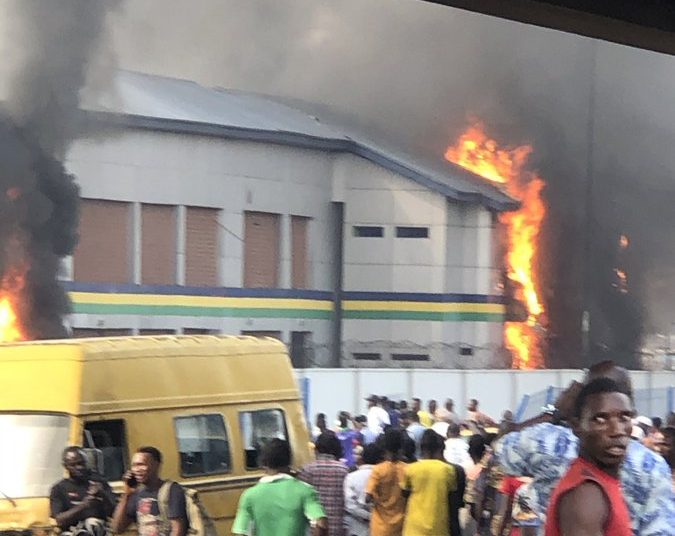 The police station set on fire in Lagos
The Apapa Iganmu Police Station in Lagos has been burnt down on Tuesday by suspected hoodlums.
According to Punch, an eyewitness said the incident occurred around 09.45 am.
The spokesperson of the Orile-Iganmu Local Government Area, Ayo Micheal said, “Yes, the station has been attacked.
“The burnt Station is in Apapa Iganmu but serviced both Iganmu community in Apapa Iganmu and Orile Community in Coker/Aguda.”
Details later…