Update: Soldier Who Pleaded With His Colleagues Not To Shoot At #EndSARS Protesters Arrested


The Nigerian Army has revealed that it has arrested the soldier as a part of the operation ‘Crocodile Smile’. 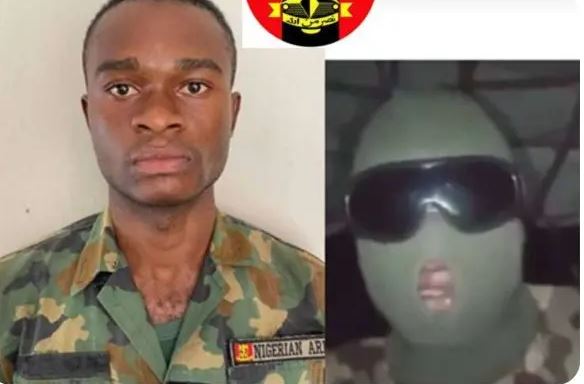 The Nigerian Army has arrested the soldier in the viral video who pleaded with his colleagues not to shoot the #EndSARS protesters.

The soldier advised his colleagues to avoid being used by the government in the ongoing nationwide protest in the country.

The soldier whose face was masked up, said that civilians are fighting their fight because they are also youths.

The unidentified soldier, said that the civilians are also fighting for them, so they should not be fooled by the government.

“My advise goes to every fellow soldier, you guys should not be fooled, don’t be used, we are the youths, the fight these civilians are fighting is our fight. Don’t let them use us. ” he said.

In an update, the Nigerian Army has now revealed that it has arrested the soldier, as they identified him as Lance Corporal Harrison Friday.

According to the armed forces, he was arrested as a part of the operation ‘Crocodile Smile’.