The journalist was picked up by security agents on October 14, 2020, three months after the publication and had since been kept in detention. 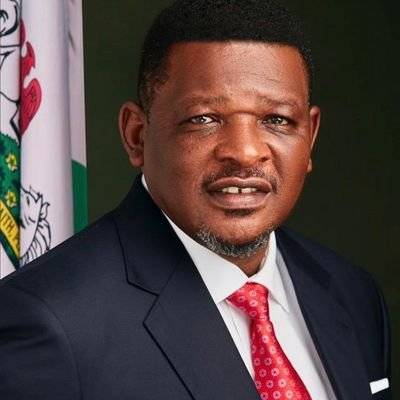 Jedy Agba, Nigeria's Minister of State for Power, has ordered the detention of a Nigerian jorbalist, according to SaharaReporters.

Agba ordered the arrest and perpetual detention of the Publisher of Power Steering Magazine, Oga Tom Uhia, for revealing his role in the 2012 Dana Air crash.

Recall that a Dana aircraft crashed and killed 153 persons on-board and six others in Lagos.

Uhia, in the June edition of the magazine, indicted Agba in the crash.

The journalist was picked up by security agents on October 14, 2020, three months after the publication and had since been kept in detention.

The journalist is also yet to be charged to court on any charge.

"The Minister of State for Power has detained Journalist Oga Tom Uhia for alleged defamation of character. Sequel to the publication of Jedy Agba's alleged involvement in the Dana Air crash as published in the June edition of Power Steering Magazine," a source told SaharaReporters.

The Nigeria Union of Journalists has described Uhia’s arrest as abuse of power, challenging the minister to seek judicial remedy through the courts if indeed he had a case against Uhia.

"If the Minister of State, Power, Mr Godwin Jedy Agba, feels strongly that he has suffered libel or defamation, what he ought to do is to seek legal remedy through the courts rather than using the police to arrest and detain Mr Tom Oga Uhia, Publisher of Power Steering Magazine for over 72 hours now without being charged to court,” the statement said.

“We call on the IGP to unconditionally release Mr Uhia and advise Mr Jedy Agba to follow the due process of law if he is persuaded, he has any case," the NUJ said.

The NUJ vowed to resist any attempt to stifle press freedom and gag journalists in the performance of their constitutionally guaranteed role of holding the government and its officials accountable to the people.