A filling state has been gutted by fire in Lagos leaving many people to run for their dear lives. 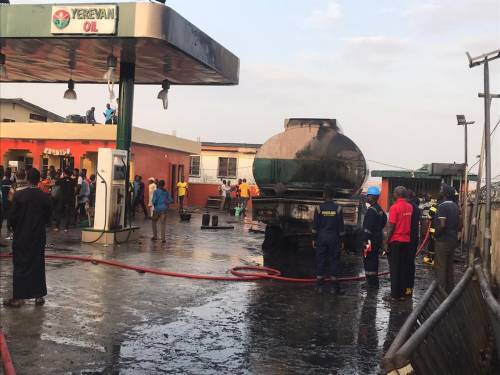 The station gutted by fire in Lagos
Many people were forced to escape death after fire gutted a petrol station in Lagos.
The filling station along Ajayi Road, Ogba, Lagos, went up in flames in the early hours of Tuesday.
The Head, Public Affairs of Lagos State Emergency Management Agency, Nosa Okunbor, confirmed the incident, saying "A petrol station along Ajayi Road is on fire."
He added that recovery operation was ongoing.
As at the time of filing this report, the extent of the damage and the cause of the fire was yet to be ascertained.
Top Stories