Members of the of Representatives have today passed the Petroleum Industry Bill for second reading. 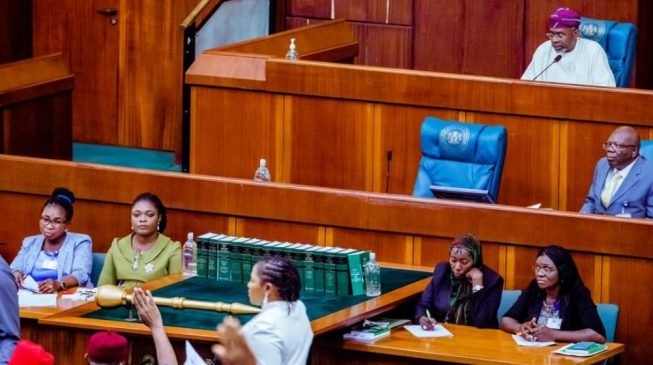 House of Representatives
The Petroleum Industry Bill has been passed for a second reading.
The House of Representatives passed it at the plenary on Tuesday,
Members of the House debated the bill for over one hour, led by the Majority Leader, Alhassan Ado-Doguwa.
While all the lawmakers who spoke expressed their support for the bill, some of them called for its speedy passage due to the expected impact on the petroleum industry.
Details later…
Top Stories