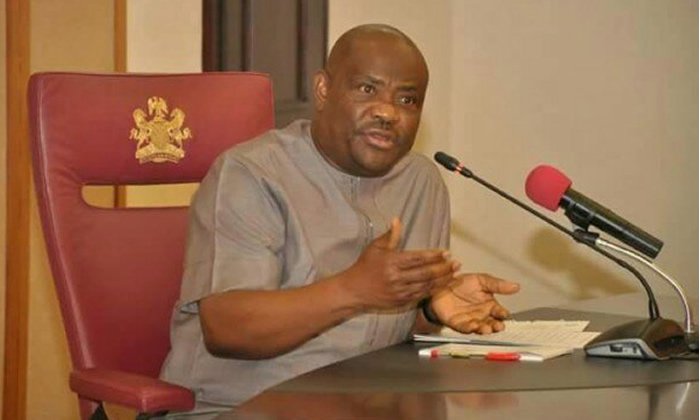 Nyesom Wike, the Governor of Rivers State, has advised President Muhammadu Buhari to prove to Nigerians that he has the willingness to do the people’s requests.

The governor said the President will set the country ‘on fire’ by not implementing some of the requests voiced out by leaders during the recent discussions with the presidential delegation led by the Chief of Staff to the President, Ibrahim Gambari.

The PUNCH had reported that Gambari led ministers and federal lawmakers to meetings with leaders of the six geopolitical zones as a way of addressing concerns raised in the aftermath of the #EndSARS protests.

Gambari and the presidential delegation had met with governors and leaders of the South-South geopolitical zone in Port Harcourt, the Rivers State capital, on Tuesday.

At the meeting, the South-South leaders including the Rivers State governor demanded the restructuring of the country in line with the principle of true federalism, saying it will guarantee peace, security and stability in the country.

Giving an update on the meeting on Thursday morning, Wike said the President still has time to implement the will of the people and etch a legacy for himself.

He said, “I am not a pessimist. I don’t believe that because you didn’t do what you agreed to do yesterday, therefore, you will not do what you agree to do today. Even if he (Buhari) has not done what he told Nigerians he would do, he can say, look, I promised Nigerians yesterday, I didn’t do that and that is affecting my integrity and so, for people who know me, I will implement what I have said.

“People have raised the issue that they don’t think anything will come out of the dialogues. I don’t agree with them. I believe that if the President does not do it, given the opportunity he has now, he will be putting Nigeria on fire.”

Continuing, Wike said political will to implement what the people want is key in governance.

According to him, the President has to show leadership by listening to Nigerians and by implementing the people’s requests.

“He may not necessarily implement everything the people may want but let the people see the concrete evidence that under President Buhari, he has been able to implement one, two, three, four demands by the people.

“If he (Buhari) doesn’t take this opportunity now to implement some of these requests, I don’t think it will be very good for Nigerians and for his legacy,” the governor added.