The council boss was alleged in connivance with her predecessor, Odekanmi, to have sponsored thugs who invaded Tewure’s community, which led to a clash between Ilorin extraction of Tewure and Ogbomoso people living in the community. 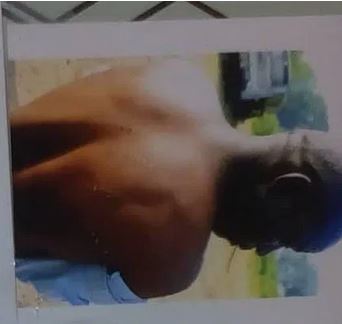 As many as eight persons have been reportedly macheted in a community in Oyo state.

The council boss was alleged in connivance with her predecessor, Odekanmi, to have sponsored thugs who invaded Tewure’s community, which led to a clash between Ilorin extraction of Tewure and Ogbomoso people living in the community.

The Onikoyi of Ikoyi-Ile, Oba Abdul-Yekeen Oladipupo, while speaking with Vanguard in his palace, confirmed that seven innocent Tewure’s indigenes including the Baale of Tewure, Chief Lamidi Sanni have been arrested and remanded in prison over the issue.

According to the monarch: “The chieftaincy tussle started some time ago, but it came up again in 2019 when the immediate past chairman of Orire Local Government imposed his brother, Timothy Odekanmi as the Baale of Tewure against the wish of Tewure people who had in 2014, already installed their Baale, Chief Lamidi Saani without any crises.”

The monarch noted that the present Orire Local Government boss, Mr Bankole, who hails from the same town (Ogbomoso) with her predecessor claimed that Tewure community and its environs belong to Ogbomoso and it should be controlled by Soun of Ogbomoso, not the Onikoyi.

Onikoyi, who is the permanent chairman of Orire Local Government Traditional Council, maintained that Ikoyi was never among Soun of Ogbomoso’s jurisdiction, saying that only Onikoyi has control over Tewure and its environs, adding that Nigeria’s gazette of 1917 also affirmed it.

He said: “Ogbomoso was initially under Osun division, Ogbomoso discrete, while Ikoyi was under Oyo division, Ikoyi district, in fact, Soun was one of the part two Obas then and Onikoyi was the first-class monarch in Ikoyi district.”

Onikoyi, however, called on Gov Seyi Makinde to intervene on the matter and call the local boss to order, and also release seven innocent Tewure people who were arrested and detained over the issue.

Meanwhile, in her reaction, the LG boss, while contacted on the telephone, debunked the allegations, saying that all the allegations were false and malicious.

She noted that it was the cult group inaugurated by the Baale of Tewure, Chief Sanni that unleached mayhem on the people, adding that the law enforcement agency has started their investigation, and all the culprits have been arrested and detained

She said: “How will the Chief Security Officer of the Council hire thugs to attack his people? Tewure people have been living peacefully before the Baale from Ilorin extraction with the help of Onikoyi took loads of thugs to attack people.

When contacted on the telephone, The Police Public Relations Officers in the state, SP. Gbenga Fadeyi said that he did not have any detail on the matter currently, promising to make public, findings of the police.