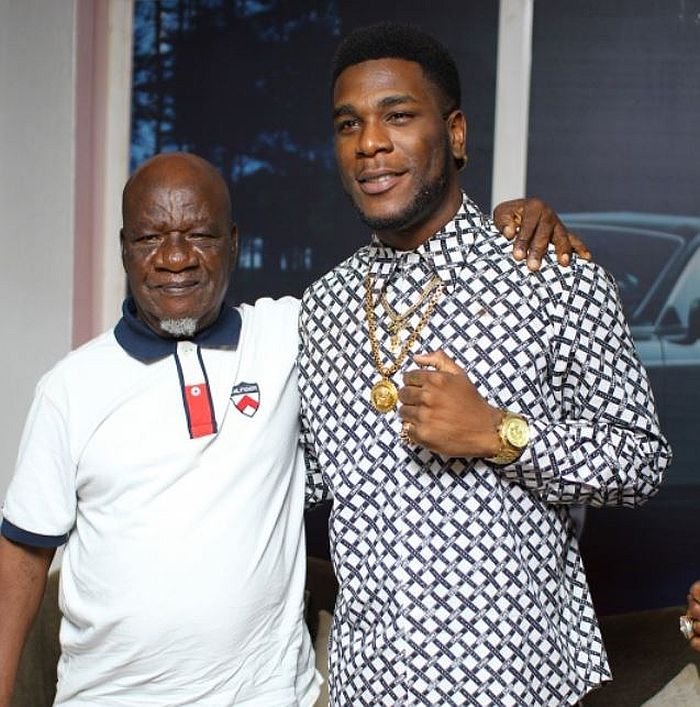 It is no longer news that for the second year in a row, Damini Ogulu, better known as Burna Boy, has been nominated for a Grammy Award.

The singer was nominated for the prestigious award in the World Music Album category for the forthcoming 2021 edition of the programme.

In the 2020 edition of the awards ceremony, the Odogwu singer had been nominated in the Best World Music category alongside other heavyweights such as Angelique Kidjo (winner), Altin Gün, Bokanté and Metropole Orkest, and Nathalie Joachim and Spektral Quartet.

Expectedly, the nomination generated a lot of frenzy on social media, and Burna Boy’s 84-year-old grandfather and music critic, Benson Idonije, said he hoped his grandson would bring home the Grammy Award this time.

He told Sunday Scoop, “I hope that this time, Burna Boy will clinch the Grammy. I feel encouraged and on top of the world. All the artistes in his category have their unique qualities but at the end of the day, one artiste must emerge the winner. I am hopeful that by the grace of God, it will be my grandson. It was his sister that informed me of the Grammy nomination. When we spoke on the phone, he called me a special name has for me and said, ‘We have made it again’. I then prayed for him.

“Twice As Tall is a great album. The chronology of his skills was evident. When I heard it, I knew it was worthy of a Grammy and saw the new direction he was going. The album was completely message-driven. There is a particular song that has a very powerful message. I have listened to his albums over time and the songs have grown on me. They are timeless pieces.”

Idonije, who used to be the manage r of Afrobeat pioneer, Fela Kuti, also advised other artistes to be original and African.

He added, “My advice is that artistes should sound like themselves and not others. They need to be original and focus on Africa. Africa will bring out the best expression in them. Some artistes want to sound like other people but that is not the way to go. Artistes should keep working hard. Burna Boy works very hard. He is always in the studio, experimenting. He is not getting these things on a platter of gold.”