The toddler who was declared missing was found by members of Diobu Vigilante group in Rivers state. 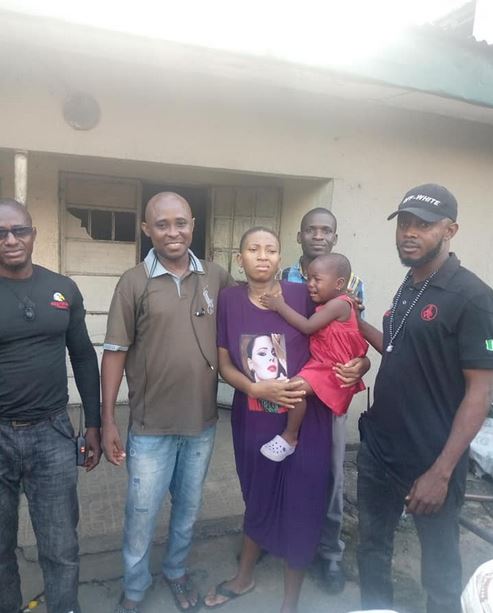 A 3-year-old girl who went missing for six hours has been found in safe condition and reunited with her mother in Diobu area of Port Harcourt, the Rivers State capital.

The Commander of Diobu Vigilante group, Godstime Ihunwo, who confirmed the incident on Sunday, November 29, said that the child went missing due to the ''carelessness'' of her mother. 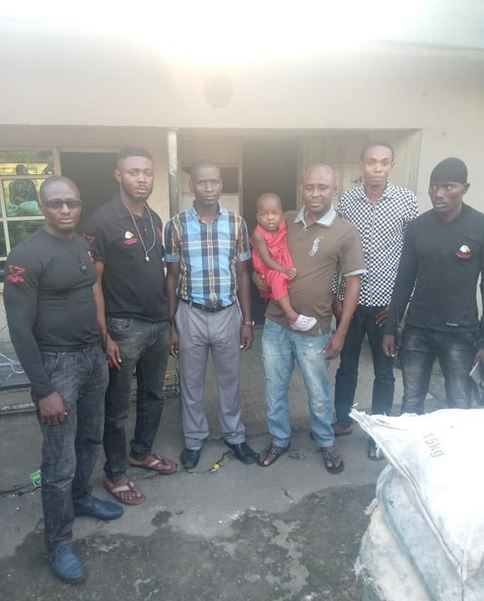 "Thanks b 2 God almighty as me & my boys in conjunction with 3 God-fearing & kind hearted men, whom out of their efforts made our job easier in rescuing one Miss Chinaza Ikpe, a 3 years old girl child that went missing 6 hours ago, at about 1pm 2day 29/11/2020, just bcs of d carelessness of her mother Mrs Chinasa. d Child has been handed over 2 d mother by me COMR. GODSTIME W. IHUNWO, d C.S.O./Commander Diobu Vigilante, RUMUELECHI COMMUNITY M/3 UNIT" he said. 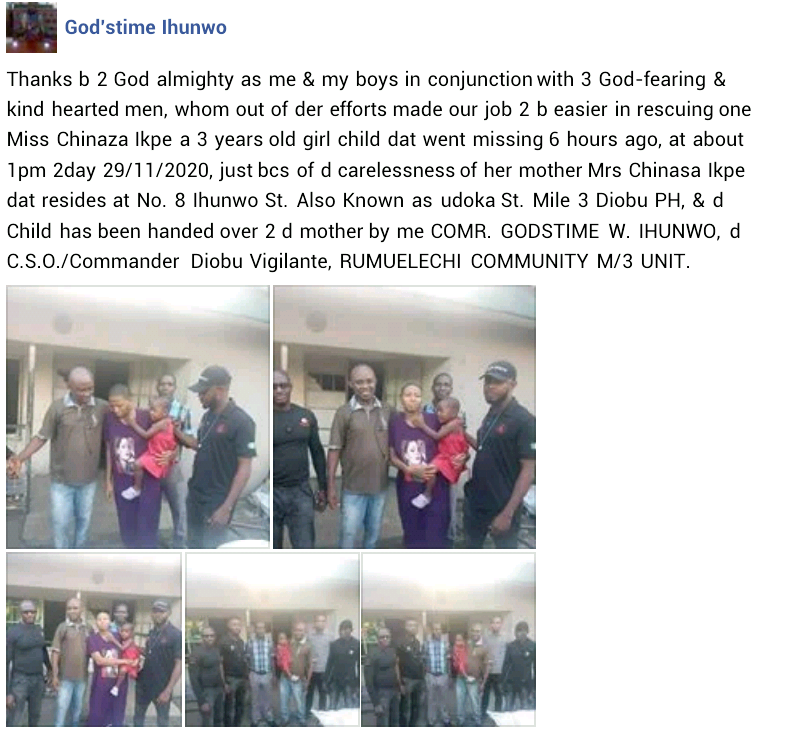