Nigerian politician and billionaire businessman, Ned Nwoko has opened up on how he met Regina Daniels. 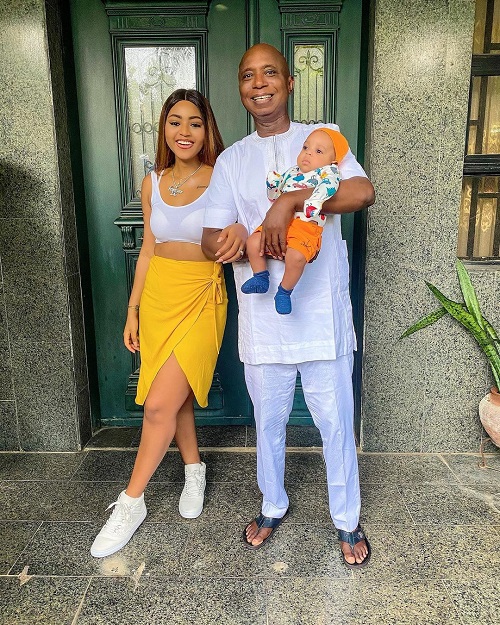 Ned Nwoko and Regina Daniels
Billionaire philanthropist, Ned Nwoko has shared interesting details about his marriage to Regina Daniels many people do not know about.
The politician said that he didn't date Regina Daniels before he married her and that the marriage took place under three weeks, because he doesn’t believe in dating.
According to the billionaire, he believes love grows after marriage, and during that time, a man should take his time to groom his woman to become what he wants her to be, while married to her.
He also explained that he’s a true believer of culture and he believes in marrying plenty wives.
He added that he loves children and Regina is aware that he could get married to another woman if he pleases.
Watch the video below;
Top Stories