The actress said that some men pretend like they are single and whilst they are wooing you they are also wooing other ladies. 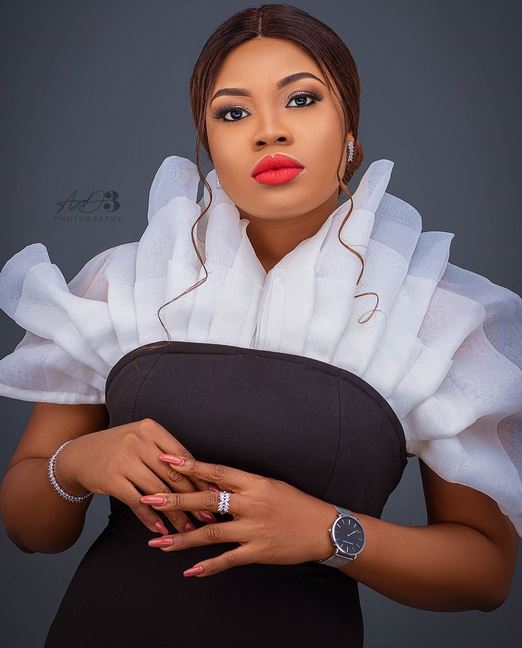 Upcoming Nollywood actress, Debbie Shokoya has advised ladies to be smart when dealing with cunning men.

Speaking on the issue of Nollywood actresses dating one man amid husband-snatching sagas, Debbie Shokoya said that some men pretend like they are single and whilst they are wooing you they are also wooing other ladies.

“I do not like to judge issues like that, because I don’t know what transpired between all the parties concerned. I only get to read what is posted online. However, it is not nice when people generalise issues because we are not cut from the same cloth. If someone did something does not mean all actresses are the same. In most cases, men are even to be blamed.

We should not judge these ladies. A man was asking me for a relationship and was also wooing three of my colleagues. When I found out, I was shocked. What if I had accepted his proposal, how would I have found out about his other ladies?

“Men could be cunning and I advise ladies to be smart. There is nothing like actresses are snatching people’s husbands. Most times, these guys pretend to be single. It’s is normal to fall in love with someone that one is comfortable with.

Unfortunately, if one is a victim, one’s story would be all over the place. Meanwhile, the lady was not even aware of his marital status. Does that qualify one as a husband snatcher?” She told Sunday scoop.