Nigerian activist and former presidential aide Reno Omokri has replied a troll who questioned him over Genevieve Nnaji. 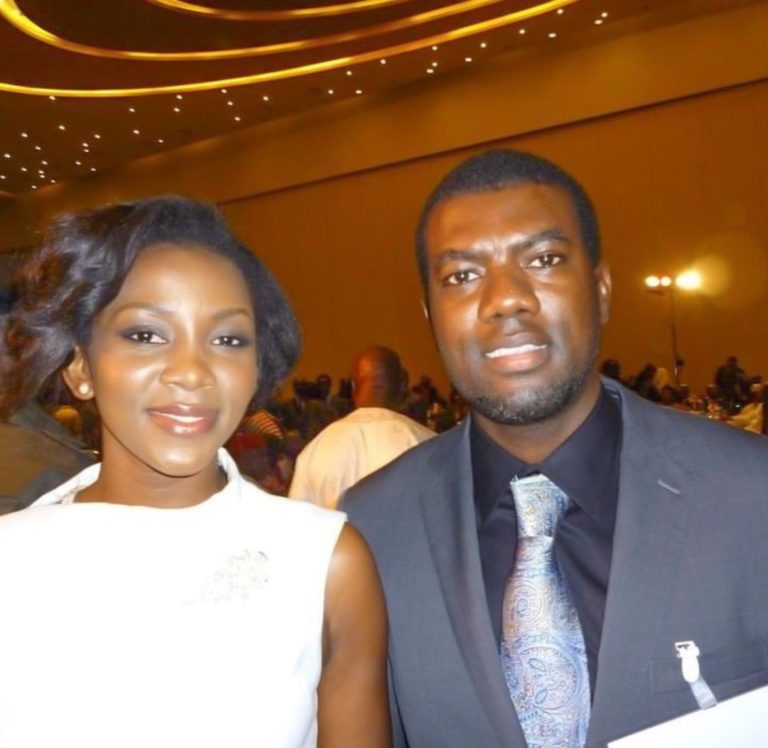 Reno Omokri has replied a man who accused him of having a crush on Genevieve Nnaji after he shared a photo of himself and Genevieve on his page.

Reno Omokri shared a photo with Genevieve on his Instagram page, with caption;

“With @GenevieveNnaji on May 27, 2011, before my beards went white due to the stress of being a Presidential spokesman between 2011 and 2015 with an opposition as vicious as the @OfficialAPCNg, that had a liar like Lai Mohammed as their spokesman”.

A fan, reacting to the photo, wrote;

“Oga tell us say you like Genevieve and she’s your crush. We will understand and spare us the sermon of your white beards”.

Reacting to this, Reno wrote;

“Dear enakhim, my wife is far more beautiful than Genevieve. I am like Abraham. Yes I may a pastor. However, I shined my eye well, well, before marrying my beauty queen of a wife”. 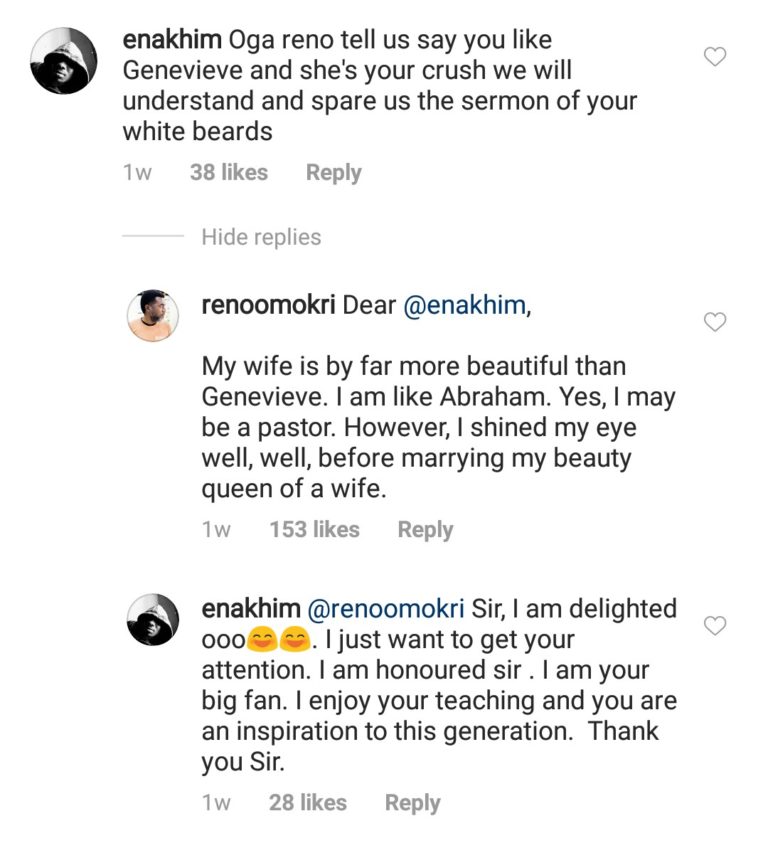