Cossy Orjiakor has revealed the only condition for her to reconcile with her fiance. 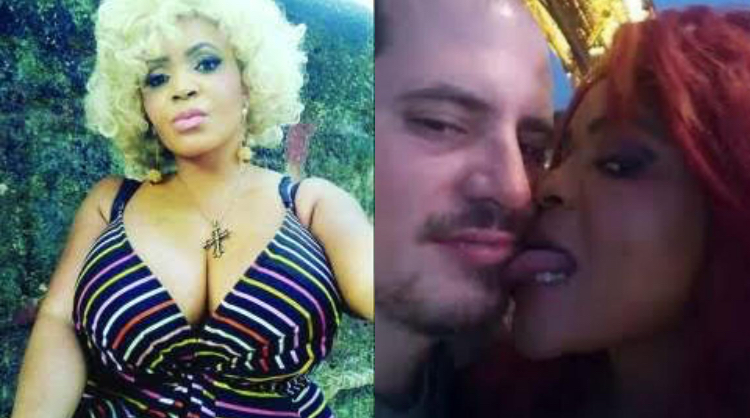 Cossy and her German lover
After being battered by her ex-fiance, controversial actress, Cossy Orjiakor has given a condition for them to reconcile.
Recall that the German fiance, Abel Jurgen called off the relationship due to domestic violence.
Orjiakor said the only condition for settling the matter is if he does frog jump.
One @jennylvu wrote;
Lol… street guy cossy I wonder how u ended up with this street guy…I know this guy very well for idado estate @ igboefon.
In response, Cossy wrote;
my dear I was bored…. and covid happened …met him through a friend joked about it … if he get my name tattooed I will date him. And this is what happens.
Another fan asked;
Abeg show us the frog jump videos Mek we laff small.
The actress replied;
if he do it am just gonna forgive and move on. So sometimes putting mouth in people relationship is sometimes not needed.
"I will forgive him if he does frog jumps" - Cossy Orjiakor to her fiancé as their relationship heads South. 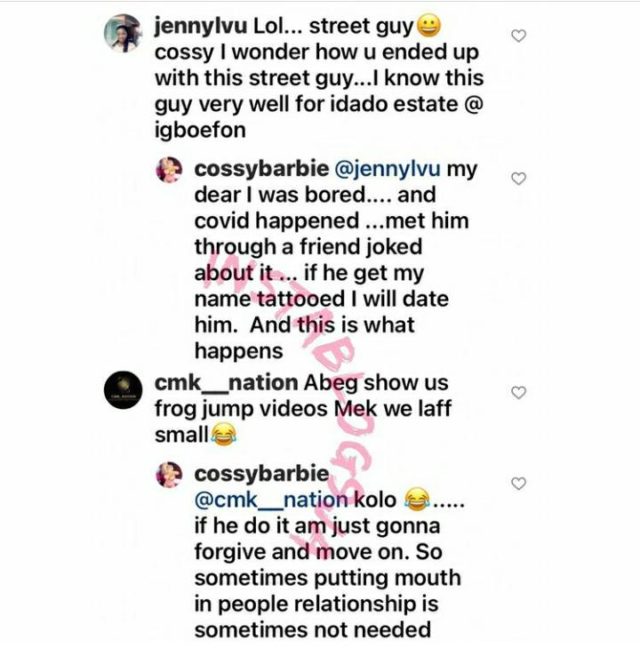