The suspect would face a jail term for r*ping the 25-year-old victim who taught he was the driver of the mini-cab that had been booked to take her home. 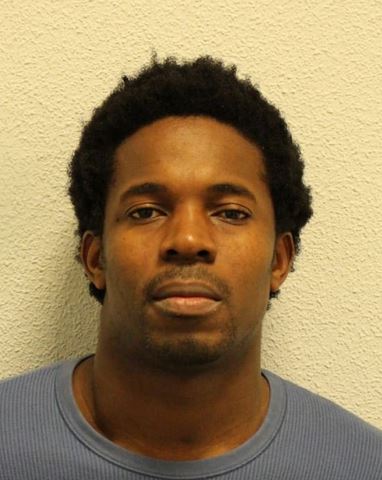 A 39-year-old Nigerian security guard has been sentenced to 10 years in jail for sexually assaulting a woman who mistook his car for her taxi.

Sola Austin Warikwah, of Albyn Road, SE8 appeared at Southwark Crown Court on Thursday, 17 December where he was jailed for seven years, uplifted with an additional three years to be served on licence, for rape [(ten years in total)

A check on the convict's Facebook page shows that he is originally from Rumuji community in Emohua Local Government Area of Rivers State.  He is also the founder of a foudation dedicated in memory of his father. 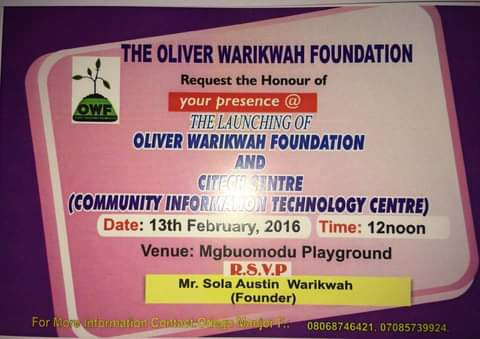 He was also issued with a Sexual Harm Prevention Order (SHPO), and was placed on the sex offenders register for life.

Warikwah had previously been found guilty of the offence by a unanimous jury verdict following a week-long trial - at the same court on Friday, 18 September.

He told jurors that they had consensual sex but the victim claimed she was a lesbian and woke up to find him raping her.

The court heard Warikwah previously helped police apprehend a robbery suspect and once retrieved a stolen handbag from a thief.

During the trial, the court heard how in the early hours of 22 April 2019, the 25-year-old female victim got into Warikwah’s car at Embankment, believing him to be the mini-cab that had been booked to take her home.

Warikwah made the decision to drive the woman to a multi-storey carpark in Victoria, where he raped her.

At the time of the incident, Warikwah was employed as a security guard. His duties included patrolling areas in central London during the night – the car park where the offence took place was one of the patrol sites on his route.

During her ordeal, the woman managed to send messages to a friend. She wrote, “I’ve been raped. I feel sick. This taxi won’t take me home. I’m scared.”

When she eventually managed to escape the vehicle, the woman had the courage to take pictures of her attacker as he left the scene.

Detectives from Westminster launched an immediate investigation, conducting extensive CCTV, phone and vehicle enquiries that ultimately identified Warikwah. Once identified, he was located and was arrested at his home address two days later.

Prosecutor Paul Casey said: “It’s an abuse of trust. He must have, if not impersonated, then allowed her to sustain the impression he was a taxi driver.

“She was locked in at least for those minutes. It does amount to not quite abduction, but to prolonged detention and sustained over the period of time the rape took place whilst stationary in the NCP car park.” he added.

In a victim impact statement, the woman said: “Since the attack my life has been turned upside down. I still don’t know how I will overcome it and be 100% the person I was before. Initially I did not want to be in my body and on bad days I still don’t.”

The court heard she suffers from anxiety and paranoia and has been receiving therapy since the attack.

"The assault made it difficult to keep my mind strong and my thoughts healthy. I have a lot of positive people in my life but it will take me an extremely long time to feel close to the person I was before this assault." she said.

Jailing him, Judge Martin Griffith said: “It’s clearly had a great traumatic effect on her. It seems to be almost a Jekyll and Hyde part of you."

"Due to the courage and quick thinking of the victim, assistance from the public and the veracity of the investigation, a dangerous offender has been placed where he is no longer a threat to women. I sincerely hope that the sentence handed down today encourages other victims of sexual offences to come forward.”