It was gathered that the armed robbers went to the hospital at the weekend and carted away drugs, cars and other valuables. 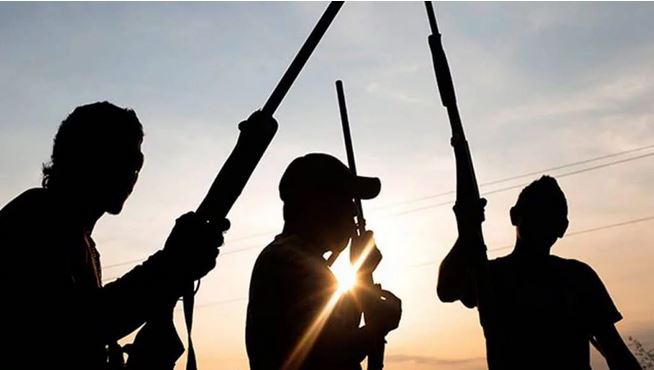 Some gunmen suspected to be armed robbers have attacked patients, nurses and a doctor at Lekfad hospital, Isale Abetu in Abeokuta, Ogun State.

According to Daily Post, it was gathered that the armed robbers went to the hospital at the weekend and carted away drugs, cars and other valuables.

The armed robbers who attacked the hospital and residence of the medical doctor operated for over one hour, DAILY POST reports.

A source in the hospital told DAILY POST on Wednesday that the armed robbers who were fully armed scaled the fence of the hospital under the guise of darkness to overpower the security guards on duty.

Daily Post gathered that the armed robbers beat the doctor at the hospital to stupor, collected two car keys in the hospital and left the doctor in the pool of his blood. The doctor is now receiving treatment at an undisclosed hospital.

One the victims who is a patient at the hospital, Mr. Afuape Monday narrated the incident, noting that the armed robbers gained entrance to the hospital immediately the generating set in the hospital went off around 12am on the fateful day.

He said, “All the robbers gained access to the hospital facility immediately the power generating set went off around 12 midnight.

“Two of the armed robbers scaled the fence, attacked the security guards and then open the gate for about ten others who took strategic positions around the hospital premises.

“While some of them held the doctor and his family hostage, about 3 others attacked patients and nurses collecting their phones and other valuables.”

“They shot sporadically and dared anyone to come out to confront them while the robbery operation lasted for over one hour. The medical doctor was seriously injured as they hit him with gun on the head, forced him to divulge his PIN and account details.”

Another source at the hospital noted that the case has been reported at Adatan Police Station.

He said, “The case has been reported at the Adatan Police station but no suspect is yet to be arrested.”

All efforts made by DAILY POST to get reaction from the Public Relations Officer of Ogun State Police command, Mr. Abimbola Oyeyemi since Wednesday proved abortive.

Several calls put through to his mobile phone were not answered on Thursday.

Text messages sent to Mr. Oyeyemi on Thursday and Friday got no reply as at the time of filing this report on Friday.