Women have now been given the privilege to read mass by the head of the Catholic church, Pope Francis. 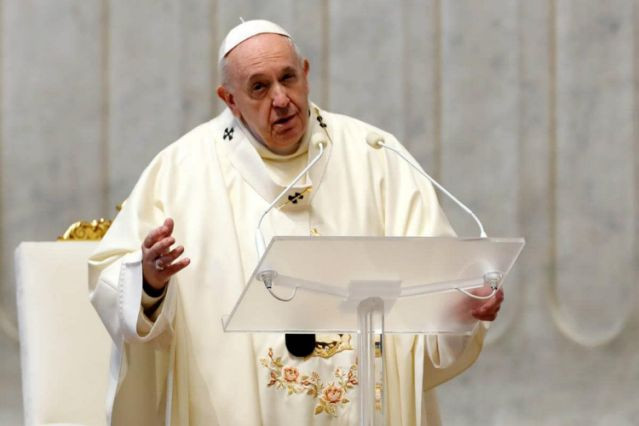 Pope Francis
Pope Francis has approved a new law empowering women to read mass.
The Pope changed a former Catholic Church law that banned women from such.
However, the new law stipulates that women can act as readers and altar servers in liturgical celebrations, while reaffirming they cannot be priests.
In an unexpected apostolic letter published Jan. 11, the pontiff says he is making the change to recognize a "doctrinal development" that has occurred in recent years.
That change, the pope says, "shines a light on how some ministries instituted by the church have as their foundation that common condition of baptism and the royal priesthood received in the Sacrament of Baptism."
Francis' new letter, titled Spiritus Domini and issued 'motu proprio,' changes the Code of Canon Law to explicitly allow women to be installed in the Catholic Church as lectors and acolytes.
Lectors are ministers who proclaim readings at Mass and other liturgical celebrations, while Acolytes or Altar servers are ministers who typically assist priests in preparing the altar during the Mass or in distributing communion.
Before now, women in some Catholic churches already serve as readers and altar servers, the church's canon law had technically only allowed for their service on a temporary basis.
The pope's change, which replaces "lay men" as the category of those who can formally serve in the ministries with "lay persons," would appear to require all global Catholic bishops to accept women into those roles.
The Jan. 11 letter was published alongside a letter from the pope to Cardinal Luis Ladaria, the prefect of the Vatican's Congregation for the Doctrine of the Faith.
In that letter, Francis again mentions John Paul II's ban against ordaining women to the priesthood but adds that "for non-ordained ministries it is possible, and today appears opportune, to go beyond that reservation."
Francis tells Ladaria that offering both men and women the opportunity to serve as lectors and acolytes "will increase the recognition … of the precious contribution that many lay people, including women, offer to the life and mission of the church."
"The choice to confer these offices to women … will make more real in the church everyone's participation in the work of evangelization," the pope continues.
Francis tells Ladaria that it will be the role of national bishops' conferences to consider possible criteria for who in their communities could serve as lectors and acolytes, and says he is also directing the Vatican's worship congregation to update its norms about the two ministries to reflect the change to canon law.
Top Stories