Truckload Of Over 100 Fulani Men Intercepted In Kogi State (Photo)


A truck carrying a large number of Fulani people have been intercepted in Kogi state. 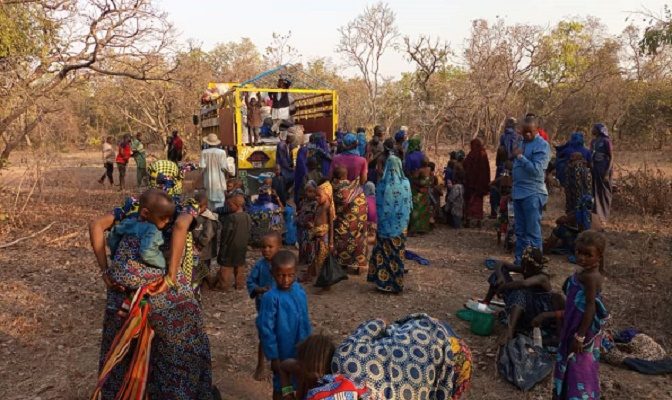 The truck was intercepted and sent back
Security operatives have stopped a truck carrying more than 100 Fulani men into Kogi state.
The truck was spotted with the help of the Chairman of Yagba West local government area of Kogi state, Pius Kolawole.
The intercepted men could not explain their mission, they were denied further entry and forced back from Okunran.
A media aide to the Chairman, Eniola Olayemi, made this known in a statement.
He said the event happened during the weekend.
People were said to have raised the alarm and contacted the Chairman when they saw the suspicious group.
Worried about the fragile security situation in the area, Kolawole contacted the police and together they tracked the truck.
The truck was promptly escorted out and handed over to the DPO of Eruku Police Station, a border town in Kwara state, for them to be further escorted out of their community.
The statement added that the Chairman is not ready and will never compromise the security of his people.
“Yagba West under his leadership is determined to ensure security of lives and property is actualize to the fullest.”
Communities in Yagba Federal Constituency have regularly raised the alarm over the invasion of Fulani herdsmen in the area.
Top Stories