The Nigeria Centre for Disease Control on Saturday reported 1,598 new cases of COVID-19 with seven deaths. 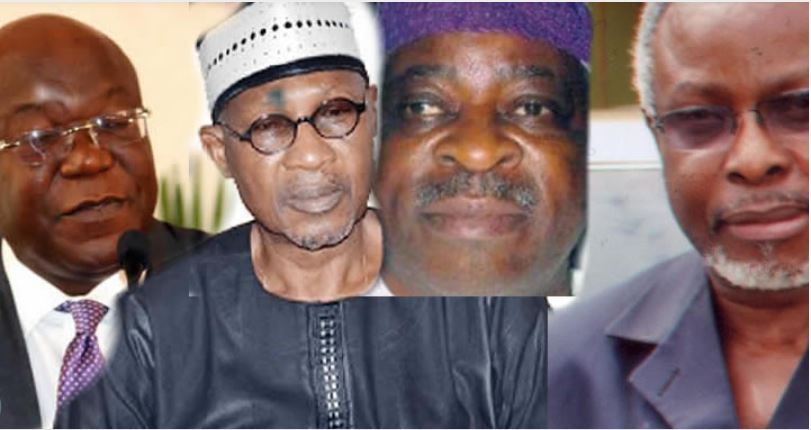 No fewer than four professors have died of coronavirus-related complications in Nigeria within two weeks – December 29, 2020 and January 9, 2021.

The Nigeria Centre for Disease Control on Saturday reported 1,598 new cases of COVID-19 with seven deaths.

Odekunle, a member of the Presidential Advisory Committee Against Corruption headed by Itse Sagay, died on Tuesday, December 29, 2020 at the COVID-19 isolation centre in Gwagalada, Abuja.

After completing primary education at Otapete Methodist School (1955), secondary education at Ilesha Grammar School (1962), and higher secondary school at Molusi College, Ijebu-Igbo (1964), he was further educated at the University of Ibadan, Nigeria (1965-1968) and Ivy League’s University of Pennsylvania, Philadelphia, USA (1969-1974) in Sociology and Criminology, respectively. He trained at Pennsylvania on scholarship as a University of Ibadan Rockefeller Foundation Scholar as well as a Russell Sage Fellow.

Having taught Criminology and Sociology in the U.S.A. (e.g. at Lincoln University) for about two years, he returned to Nigeria in 1974 to assume duties as Lecturer II in Ahmadu Bello University where he started the Criminology training programme: 1975 (Lecturer I), 1977 (Senior Lecturer), 1979 (Associate Professor), and in 1982, he was recommended for the rank of full Professor which was formally conferred him, effective 1985. That is, he has been a full Professor for almost 30 years.

Ibidapo-Obe was a distinguished Professor of Systems Engineering and a former Vice-Chancellor (2000 – 2007) of the University of Lagos. He was the Pro-Chancellor of the Technical University, Ibadan.

He was the President of the Nigerian Academy of Science from 2009 to 2013. Ibidapo-Obe attended the University of Lagos from 1968 – 1971 and was awarded a Bachelor of Science [B. Sc (Hons)] degree in Mathematics 1st Class Honours Division.

He had several consulting services on Science, Technology including Human Resource Development to the United Nations and several of its agencies (UNDP, UNESCO, ILO et al) as well as the World Bank.

A former Dean of Faculty of Education at the University of Lagos, Professor Duro Ajeyalemi, died at 70 on Wednesday, January 6, 2021.

Ajeyalemi, who retired from the university in November 2020, was also the pioneer registrar of the Joint Universities Preliminary Examination Board.

He died barely three days after a former VC of the university, Prof. Oyewusi Ibidapo-Obe, died.

He had his postgraduate education at the University of East Anglia, Norwich, UK (1978-81).

He was born on October 10, 1952, and is from Isunjaba in Imo State of Nigeria, where he held the traditional title of Mba 1 of Isunjaba.

The late Professor Onwudiwe was equally a governance consultant at the United Nations Economic Commission for Africa in Addis Ababa, Ethiopia and, until recently, was a Distinguished Fellow at the Centre for Democracy and Development, as well as the Lagos Business School.