One of President Muhammadu Buhari's ministers has opened up after being fingered in a $5million bribery case. 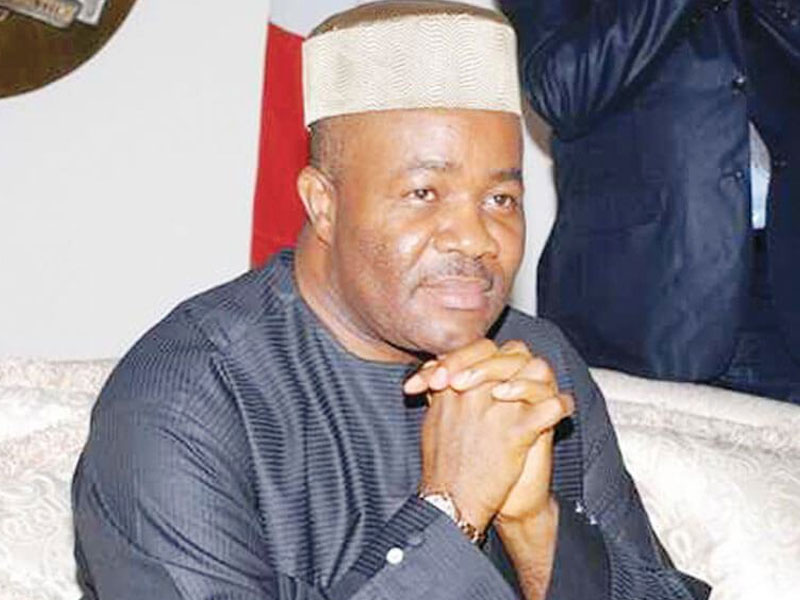 Akpabio
Nigeria's Minister of Niger Delta, Godswill Akpabio has broken his silence over allegations that he bribed the Attorney General of the Federation, Abubakar Malami.
It was alleged that Akpabio gave Malami $5million as bribe to secure the appointment of a Sole Administrator for the Niger Delta Development Commission (NDDC).
Malami is also the Minister of Justice with $5million
But, Malami had denied the report, saying those behind the report should provide evidence to backup their claim.
Reacting, Akapbio also described the reports as false.
A statement by Akapbio’s Chief Press Secretary, Anietie Ekong, insisted that the report was the handiwork of mischief-makers.
The statement sent to DAILY POST reads: “Senator Godswill Akpabio said his attention has been drawn to a piece of fake news which claimed that he paid $5 million bribe to the Attorney General and Minister of Justice, Abubakar Malami and others to secure the appointment of a Sole Administrator for the Niger Delta Development Commission (NDDC).
“The Honourable Minister of Niger Delta Affairs stated categorically that ‘this is a piece of malicious concoction manufactured from the pit of hell by mischief-makers. It is a figment of the imagination of the author of the fake news. Senator Akpabio denies the story in its entirety. The authors of the fake news should be ready to back up their claim or face the full wrath of the law.’”
Top Stories