In the video, the young man can be seen nearly drawn to tears as his partner goes on his knees to propose to him. 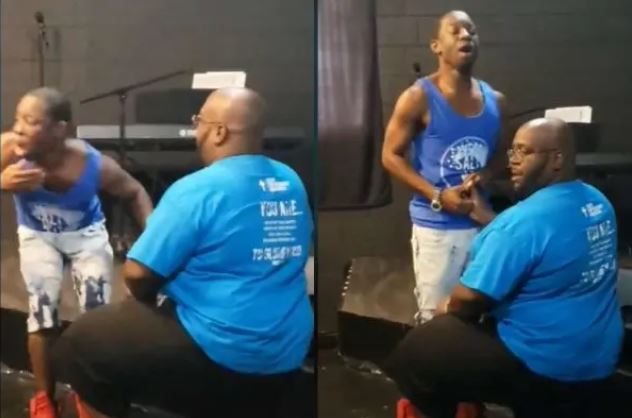 A video has surfaced online showing the emotional moment a gay man knelt down and proposed to his boyfriend.

Over the years, proposals have become more and more creative. In Nigeria for instance, we have seen men go from faking their own arrest to a fake public fight, all in a bid to get their partners full attention or the publics before popping the question.

Views have been polarized in recent times, on if the trend of public stunts for marriage proposal is right, and we have seen numerous women turn down the request in public, further leading to more scenes.

The video of this two male lovers have gone viral, particularly among the lesbian, gay, bisexual, and transgender (LGBT) community.

In the video initially posted on Tiktok by, @pettymelly84, the young man can be seen nearly drawn to tears as his partner epps_Greene goes on his knees to propose to him.

The surprised and elated @pettymelly84, had to take some time to gather some air, before he offered his partner his hands to accept the proposal.