Some victims lost their lives in the unfortunate crash while others sustained severe injuries. 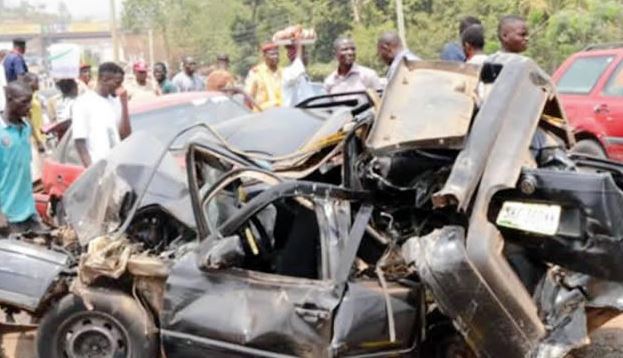 A fatal auto crash occurred along Kaita-Dankama Road in Katsina State leading to the loss of 13 lives and 70 others badly wounded.

An eyewitness told Channels Television that a truck that conveyed the victims left Dankama town on Thursday night for Lagos State, with most of the passengers from the Niger Republic.

Victims who sustained various degrees of injury were taken to various hospitals in the state which include General Hospital Katsina, Federal Medical Centre and Amadi Rimi Orthopedic Hospital for medical treatment.

Seventy sheep were equally killed in the accident.

Heartbreaking!! Body Of 8-year-old Boy Cut Out Of Crocodile That Swallowed Him In Indonesia (Photos)
Recent Stories