A man is cooling his head in police custody after he allegedly murdered his girlfriend and their little child. 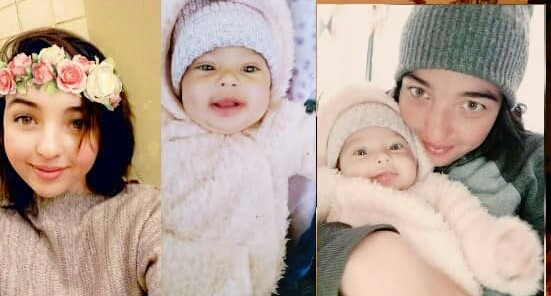 Naseem reportedly killed his girlfriend and their child
A man has been arrested by the police after killing his girlfriend and their little child.
The tragic incident happened in South Africa.
The 29-year- old man identified as Naseem Ahmed was arrested on Thursday.
Chantelle Ester Ash and their 9-month-old daughter, Tasneem Isha Ash were found strangled at a lodge in R518 road between Mokopane and Marken road in Masodi village, on the 14th of January. Their hands were tied from the back and their bodies in a state of decomposition.
Provincial police spokesperson, Lieutenant Colonel Moatshe Ngoepe, who confirmed the incident said that on Tuesday, 12 January 2021 at about 19:00, “a man and woman with their nine-month-old baby were dropped off at the gate of the lodge by a grey unknown motor vehicle.”
Apparently, the trio rented a room for overnight accommodation without providing their personal information and promised the receptionist that they will check out the next day, on Wednesday 13 January 2021 at 09:00.
The following day, the receptionist decided to go and check on them and made the gruesome discovery. Furthermore, there was no presence of the male person who came to the lodge with them. 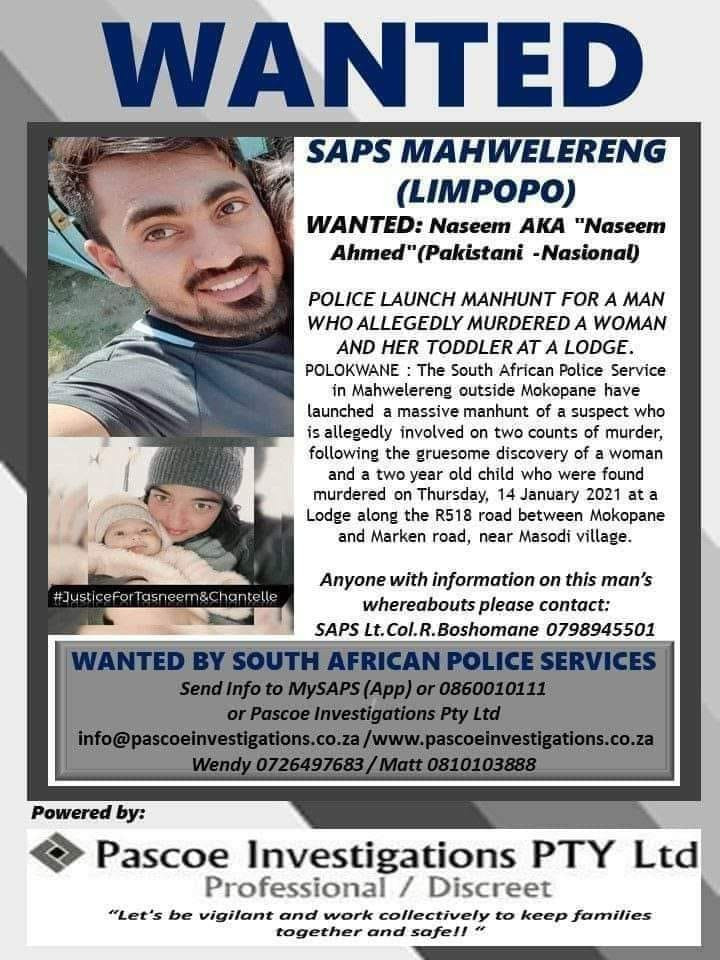 The Police were immediately notified. The 72-hour activation plan which included the Crime Intelligence, Tracking Team, Detectives and other supporting units were mobilised.
A massive manhunt was launched which resulted in the arrest of this suspect at Brixton, in the Gauteng Province.
Ngoepe said the motive behind this incident is still not clear at this stage but domestic violence may not be ruled out.
The suspect, said to be a Pakistani national, appeared in the Mokerong Magistrate’s Court on Friday, January 22.
Meanwhile, the Provincial Commissioner of the South African Police Service in Limpopo, Lieutenant General Nneke Ledwaba has welcomed the arrest of the suspect.

The Provincial Commissioner has applauded the Police for the speedy arrest and highlighted the swift action should send a clear message to those involved in heinous crimes especially against women and children that they will be tracked down and brought to book.
Top Stories