Adegbite allegedly misappropriated the funds using his wife, Alimat, who is a treasury officer at the council. 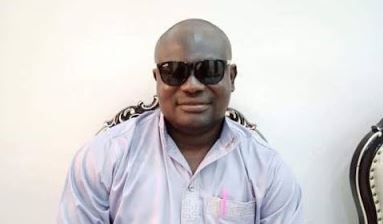 Mufutau Adegbite, the Chairman of Ife South Local Government Area of Osun State, has been accused of diverting N50m from the council’s account for personal use.

Adegbite allegedly misappropriated the funds using his wife, Alimat, who is a treasury officer at the council.

SaharaReporters gathered that the N50 million was a loan obtained by the council boss from a new generation bank.

A source said the council boss has been telling people he is untouchable because of his closeness to Governor Gboyega Oyetola.

Investigations also showed that Adegbite, without due process and against regulations, selectively awarded contracts or just merely invited whosoever he wanted and handed contracts out to them. In many of these cases, the contracts were awarded to family members.

“He is using his wife to siphon council's funds; the wife is a treasury officer at the council and also the First Lady. He (Adegbite) moved the council account to another bank after he was offered a N50 million loan.

“The governor is aiding the malfeasance by ignoring a series for petitions against him.”

Meanwhile a source at the Economic and Financial Crimes Commission told SaharaReporters that Adegbite might be in deep trouble except he can explain many actions he took which bother on misappropriation of funds.

According to the source, the anti-graft agency has commenced investigation into the activities of the council boss.