A Nigerian girl has won many hearts after leaving her father a very touching note before leaving for school. 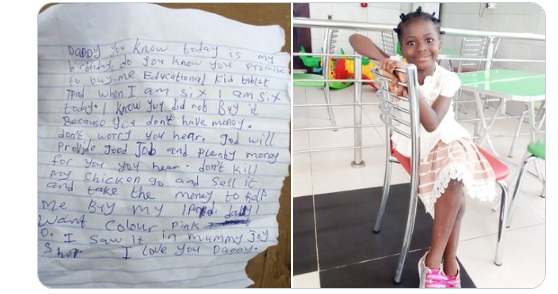 The little wrote a touching letter to her dad
A little girl has left many people emotional after leaving a touching note for her dad.
The little girl left the chat for her dad on her birthday.
According to @fisayo_taiwo, he got the note from his daughter before she left for school. The girl who recently turned 6, recounted how her father promised to buy her an educational tablet on her birthday.
She however thoughtfully noted that he can't because he doesn't have the money at the moment.
The little girl went on to ask him to sell the chicken which was meant for her birthday, and used the proceeds to buy her the tablet.
See the note below; 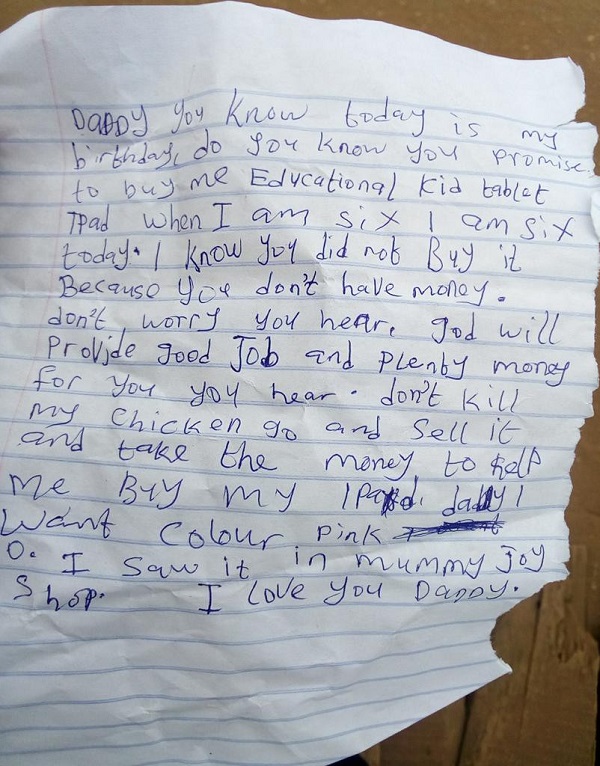