After barring Sheik Abduljabar Nasiru Kabara from preaching in the state, heavily armed DSS operatives have taken over his house and mosque. 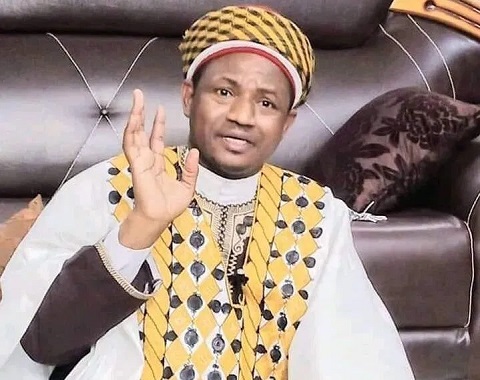 Sheik Kabara
Sheik Abduljabar Nasiru Kabara's home has been taken over by armed men of the Department of the State Security Service.
The latest move comes after the Kano State government barred him from preaching, praying in his Mosque and other Islamic activities.
The State government had debarred Sheikh Abduljabar Sheikh Nasir Kabara from preaching in the state for his mode of teachings considered too violent and inciting.
The State Security took the measure according to an insider, to prevent the Sheikh’s followers from coming on protest or anything that will create uncertainty.
Kano government according to the State Commissioner for Information, Malam Muhammad Garba, took the decision to avoid creating tension in the State.
Commissioner for Information also announced that all seminaries run by the clergyman would be shut down pending investigation by security agencies.
Malam Garba further stated that the council has directed all broadcast stations and social media platforms to abstain from airing such enflaming preachings, sermons, propagation and any other religious discussions in the interest of peace and tranquility in the State.
The commissioner also revealed that security agencies have been directed to ensure full compliance and take decisive action against any person or group found flouting the order.
However, heavily armed DSS personnel were on Thursday seen at strategic locations around the Sheikh’s places of worship to ensure peace.
The Qadirriya house where the Sheikh was born, sometime in 2008, witnessed heavy drafting of Armed Military and Mobile Policemen, following threat to peace, as they were prohibited from carrying out their annual Mauqibi religious festival.
Top Stories