The fire which started around 1.45am on Tuesday destroyed other valuables and property, it was gathered. 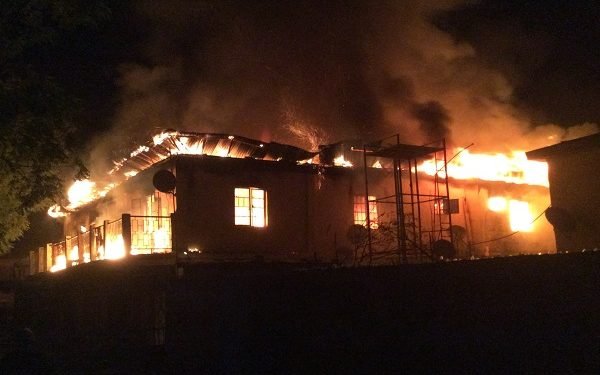 As many as nine shops that were stocked with various items were burnt down in Kwara recently.

They were burnt down on Tuesday morning at the popular Bode-Saadun Market in Moro council area of Kwara State.

The cause of the fire was not known at press time.

The fire which started around 1.45am on Tuesday destroyed other valuables and property, it was gathered.

“Quick response from the brigade in putting out the fire the inferno averted monumental disaster that would have affected the community. Out of 50 shops in the market vicinity, only nine shops were affected due to the systematic approach adopted by the fire officers who were present at the scene.

“The brigade therefore urges the general people of Bode Saadu to always play safe at all time; especially the market people of the community,” he added.