The retired DIG, who hails from Bebuabung village in Obudu, Cross River State, had been appointed DIG in 2019 when Adamu also became the Acting IGP. 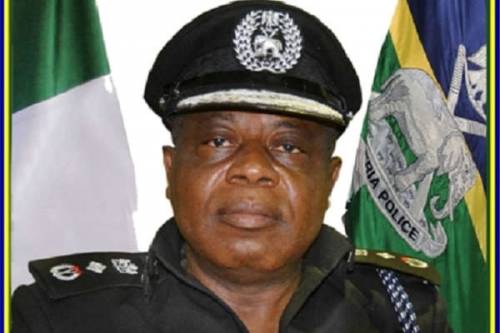 According to SaharaReporters, Anthony Ogbizi, the Deputy Inspector-General of Police in charge of the Force Criminal Investigation Department, has been caught in a birth certificate forgery scandal, prompting him to resign before his due retirement age.

Top police sources confirmed to SaharaReporters that the Inspector-General of Police, Mohammed Adamu, had an agreement with Ogbizi to allow him "resign quietly" instead of prosecuting him for forgery.

The retired DIG, who hails from Bebuabung village in Obudu, Cross River State, had been appointed DIG in 2019 when Adamu also became the Acting IGP.

According to the police records, he enlisted into the police in 1986 as an Assistant Superintendent of Police and by the statutory 35 years, should retire at a date later in 2021.

SaharaReporters learnt from competent police sources that Ogbizi has secretly resigned as a result of a birth certificate forgery scandal rocking his police career.

"He quietly resigned before his retirement date because he was found to have forged his date of birth. The IG had an agreement to let him run away instead of prosecuting him for forgery," a top source explained.

Ogbizi had been on the seven-man panel which investigated the suspended acting Chairman of the Economic and Financial Crimes Commission, Ibrahim Magu.

President Muhammadu Buhari in August 2020 had appointed Ogbizi as part of the judicial commission of inquiry to investigate the financial impropriety levelled against the suspended acting EFCC chairman, Magu, by the supervising minister, Abubakar Malami.

The panel was headed by the former President of the Court of Appeal, Justice Ayo Salami.

This is not the first time the retired DIG would be alleged of committing infractions.

SaharaReporters on March 26, 2020, reported that two civil society organisations in Nigeria, Rule of Law and Accountability Advocacy Centre and the Social Intervention Advocacy Foundation asked the IGP to investigate Ogbizi over allegations of corruption, abuse of power, and gross misconduct.

In a joint statement signed by Okechukwu Nwanguma for RULAAC and Segun Awosanya for SIAF, the groups said they were concerned that Ogbizi unduly interfered in cases reported to the police, derailing and compromising investigations for pecuniary gains. They alleged that the police chief perverted the course of justice.

Citing an example, the groups said Ogbizi sided with the wealthy and powerful in his investigation of cases.

"One recent case concerns a petition addressed to the AIG, Force CID Annex, Alagbon Close, Ikoyi Lagos, by a distraught 70-year-old woman from Enugu State, who through her son, Ekene Nwatu, based in Lagos, petitioned against one Emeka Nwatu, a wealthy and influential politician from the same family in Agbani, Enugu State.

“They informed the AIG FCID, Alagbon, that Emeka pulls the weight of his wealth and political influence to constantly intimidate, harass and assault the old woman, using thugs recruited by himself in a bid to throw her out of her late husband's family compound.

“However, upon learning about the petition against him at Alagbon, Emeka travelled to the Force Headquarters, Abuja where he met with DIG Michael A. Ogbizi, following which, the DIG ordered the release of two arrested suspects (who were Emeka Nwatu's thugs) the same day they were brought to Alagbon and hastily ordered the Alagbon FCID to transfer the case to his office in Abuja.

“Indications later showed that there were plans to twist the case and turn the victims/complainants to the accused in a bid to further victimise them.”

It is not clear whether the police authorities have acted on the petition or not.