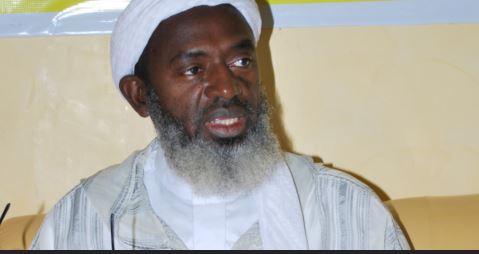 Sheik Gumi
Sheikh Ahmad Gumi has revealed that the military is making billions from terrorism that is why they do not want terrorism to end in Nigeria.
The popular Kaduna-based cleric, who has been visiting bandits in forests in an attempt to negotiate peace deals with them, disclosed this when he featured on a programme on Arise Television on Thursday.
According to Gumi, the bandits are ready to drop their arms and return to the fold if the Nigerian government will accede to their demands.
He said, “The military is not encouraging matters at all because they are the beneficiaries of this insecurity.
“Nobody can justify criminality. Criminality is criminality, there is no word that can justify it. But just look at it, IPOB (Indigenous People of Biafra), they never had the Nigerian Airforce bombing them, Niger Delta militants never had the Nigerian Air Force bombing them.
“The bandits are complaining mostly against the military killing innocent people. They resorted to buying arms. How did they get the arms? They resorted to kidnapping people which is an end result of these military actions.
“Look, they are ready to drop these arms and return to the fold of the Nigerians just for simple things; schools, hospitals, water.
“And there is an allegation: the military doesn’t want this conflict to end because of the billions of naira they claim for fighting insurgency. So the military is not cooperating.
“I praise the police and the Inspector-General of Police. I give him credit for assisting us to go and meet these people, but the military is not forthcoming, they are not cooperating, I don’t know why.”
Top Stories