Woman Extorts, Assaults Friend For Allegedly Dating Her Boyfriend, Films And Posts It On Social Media


Idowu, last Friday, had invited some of her friends to physically assault Opeyemi, filmed the molestation as they nearly stripped her naked, and went ahead to post it on social media. 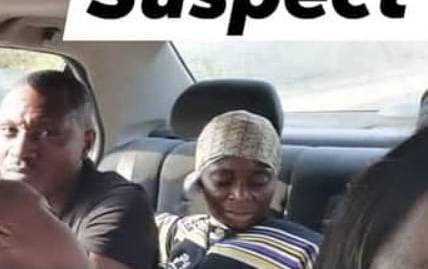 A woman identified as Odunayo Idowu has been arrested by officers of the Ogun State Police Command.

She was nabbed for physically assaulting her friend, Opeyemi, for allegedly sleeping with her boyfriend.

Idowu, last Friday, had invited some of her friends to physically assault Opeyemi, filmed the molestation as they nearly stripped her naked, and went ahead to post it on social media.

“Idowu went to her boyfriend’s place on Friday and met Opeyemi. Immediately, she locked the gate and called her friends on the phone to come and meet her there. When they arrived at the place, they started assaulting Opeyemi, beating her, and almost stripped her naked.

“They molested her and also filmed it. Right there, they collected N20,000 from her, seized her phone, and asked her to transfer about N80,000 into a bank account they gave her.

“It was on social media that we saw the video because someone tagged our organisation and we took it up from there.”

While talking about how one of the perpetrators was arrested, Jimmy said it involved the combined efforts of the MBI Human Rights, Sakora Police Division in Sagamu, Ogun State, with the assistance of the popular rapper, Michael Ugochukwu Stephens, popularly known as Ruggedman.

“It happened here in Lagos last Friday but we got to know about it on Tuesday this week. On Tuesday, Marshall Belt of Investigation got tagged on social media about a video of the lady that was assaulted, filmed in Lagos. It was posted. Our intelligence gathered information that one of the suspects was in Sagamu, Ogun State.

“The main suspect was tricked into coming down to Sagamu where she was arrested by the Sakora Police Division. It happened that Idowu was begging Opeyemi that she was sorry about the whole matter, and they arranged to meet at Sagamu to resolve the matter amicably and reconcile.

“All documentation was made and at around 9:45 pm, our team brought the main suspect back to Lagos where the incident happened and was taken to and detained at Agbado Police Station.

“After briefing the DPO (Divisional Police Officer) of the station, an arrest was made that night after which the DPO promised to apprehend the other suspects and take them to court.

“Now, the latest information I have is that a few of the suspects were arrested while others were still on the run. But they will be charged to court tomorrow (Friday).

“Our special appreciation goes to the DPO of Agbado Police Station for his swift response and our Director of Finance, Emi Peter Ifejoku, for taking care of the mobility at the station. We also thank Ruggedman for his support in this case.”