According to the scholar, the abducted students and staff would be freed from captivity soon. 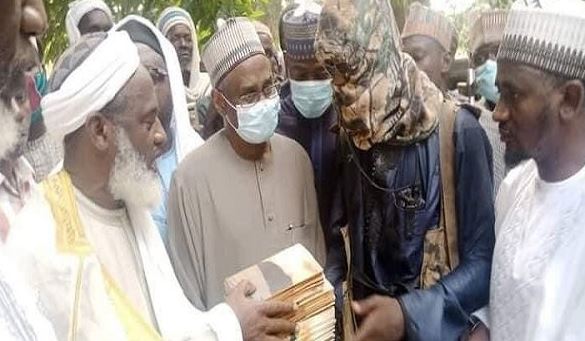 Sheik Ahmed Gumi, a prolific Islamic scholar, has revealed that the students and staff who were abducted from a school in Niger state will be set free after his meeting with bandits in the forests between Tegina and Birnin gwari in Kaduna state.

A source within the delegation at the meeting, told The Nation that Sheikh Gumi met with the bandits leader, Dogo Gide, among other top Commanders at Dutsen Magaji Forest.

It was further learnt that the government also sent a strong delegation to meet with the bandits and dialogue with them.  Sheikh Gumi and his entourage are also reportedly on their way back to Minna.