Policemen in Delta state have apprehended at least 11 suspected ritualists with a human skull and body parts of a woman. 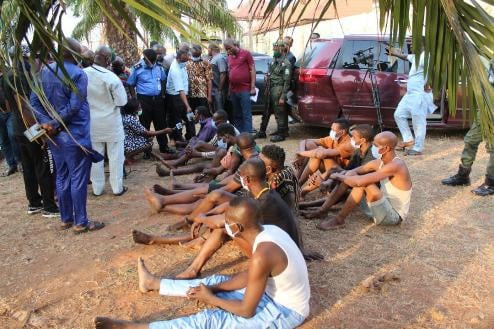 Ritualists caught in Delta state
Eleven people suspected to be ritualists have been arrested in Delta state.
The Delta State Police Command while parading the suspects, revealed that the suspected ritual killers and members of a kidnapping syndicate were caught with a human skull and other body parts.
The State Commissioner of Police, CP Ari Muhammed Ali, paraded the suspects on Wednesday, March 10, at the Police Headquarters in Asaba.
Briefing journalists, the CP said the body parts are believed to be that of a 39-year-old woman identified as Joy Osameze, who was reportedly abducted while on her way back from the farm at Abraka Farm Reserve in Obiaruku, Ukwuani Local Government Area of Delta, on February 5, 2021.
The incident was reported to the police and five male suspects, namely: Emmanuel Ojibe,18, Osam Ogolime, 21, Ossai Reuben, 22, Odigili Chukwutem, 33, and Ukpaka Confidence, 20, were arrested and transferred to the Special Anti-Kidnapping and Cyber Crimes Squad (SAKCCS)
The Commissioner said that after the suspects’ confessional statements on March 7, 18-year-old Ojibi reportedly led SAKCCS operatives to the arrest of Razaq Ifamaye, 38 years and Gbenga Olawuyi, 50, both said to be from Ekiti State but resident at Old Market Road, Obiaruku as well as Samson Oduni, aged 31 years, who is a native of Obiaruku. 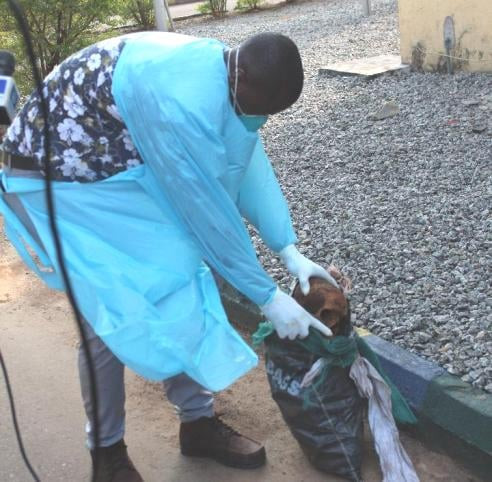 Razaq Ifamaye allegedly confessed to the crimes and on Tuesday, March 9, at about 4:00p.m, led police operatives to Shegelo Beach, Obiaruku, where a bag containing human skull and other body parts suspected to be that of the victim were recovered.
CP Ari Muhammed Ali said the human remains were recovered in the compound of one 38-year-old indigene of Obiaruku, Chikogwu Isaac, alias Ikukwu.
The suspect, Chikogwu, when accosted, allegedly instigated four others, who are now at large, to attack the police operatives in order to obstruct the recovery of the body parts kept in his premise. He was later arrested and paraded alongside other suspects.
Meanwhile, the human skull and other parts of the deceased’s remains have been deposited at the Agbor General Hospital, while more investigations are ongoing. 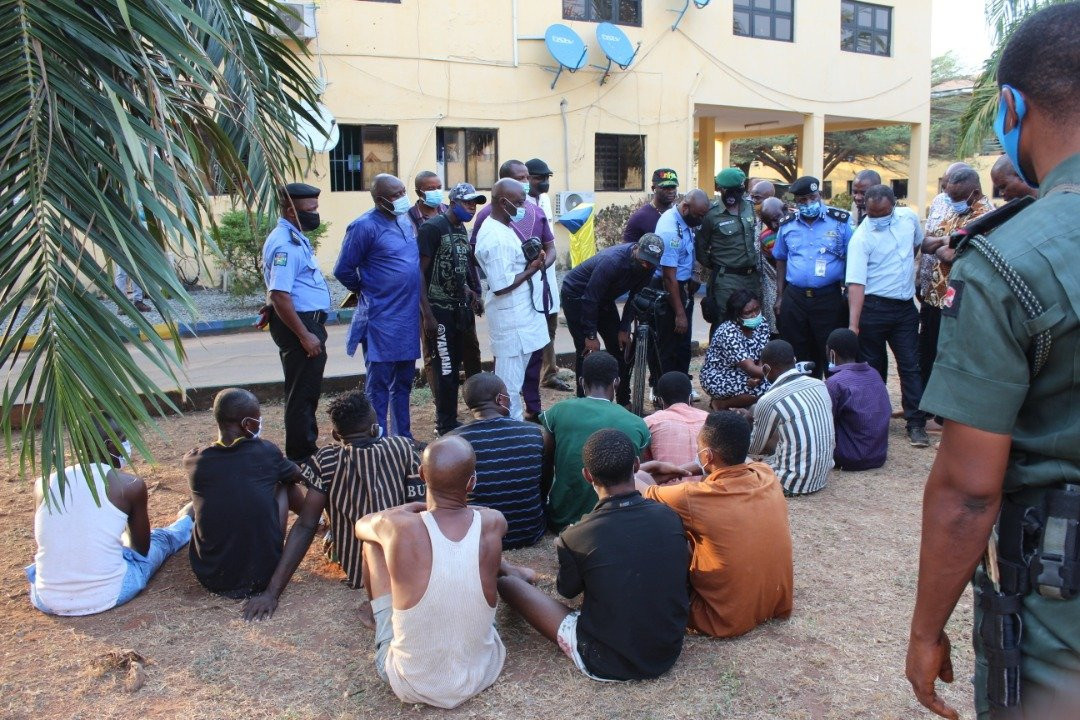