But the Chairman, House Committee on Information, Gbenga Omole, denied that Oloyelogun was invited. 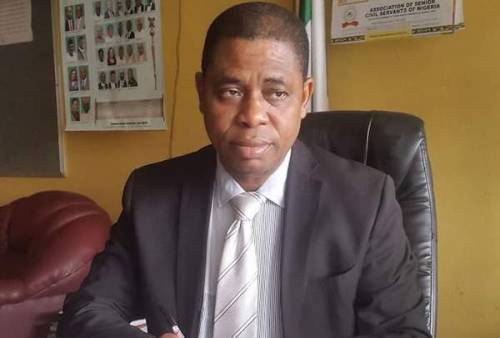 Felemu Gudu Bankole, the Chairman, Ondo State House of Assembly Committee on Tertiary Education as well as the Clerk of the Assembly, Bode Adeyelu; and two civil servants, Olusegun Kayode and O. J. Afolabi, have been detained by the Economic and Financial Crimes Commission (EFCC) in Lagos.

They were detained over alleged multimillion naira fraud rocking the Assembly, SaharaReporters reports.

The EFCC had earlier invited the Speaker, Bamidele Oleyelogun, over the alleged fraud.

But the Chairman, House Committee on Information, Gbenga Omole, denied that Oloyelogun was invited.

He, however, admitted the anti-graft agency invited some Assembly workers.

One of the alleged frauds being investigated by EFCC was said to have been committed in 2019 when the lawmakers were billed to attend a two-day seminar organised by National Productivity Centre, Lagos.

Those to attend the ‘Seminar’ included the Clerk, the Deputy Speaker, the Committee Chairman of the House Committee on Tertiary Education, and two committee members.

The alleged pseudo-seminar was slated for Wednesday and Thursday, December 11 and 12, 2019.

The source said, "However, it was discovered that there was no such seminar organised and the money released by the state Ministry of Finance, amounting to N2.4m, went to private pockets.”