A bride who looks so much like BBNaija star, Dorothy has gathered attention on social media. 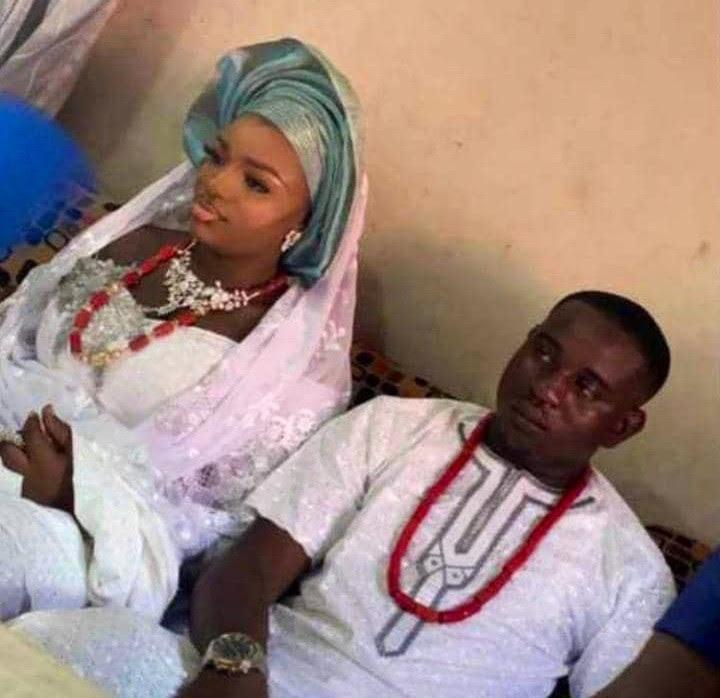 The bride looks very much like Dorathy
A popular BBNaija star, Dorathy Bachor has broken her silence after fans mistook her for a bride who looks so much like the celebrity.
Fans have been reacting since the wedding photo began making rounds on social media.
The reality star took to her Instagram story to call out the attention of her fans on the photo of a couple whom the bribe has some sort of resemblance with her.
According to Dorathy, she is one second close to getting frustrated after getting questioned by many of her fans if she is the one getting married or it is just a coincidental resemblance. 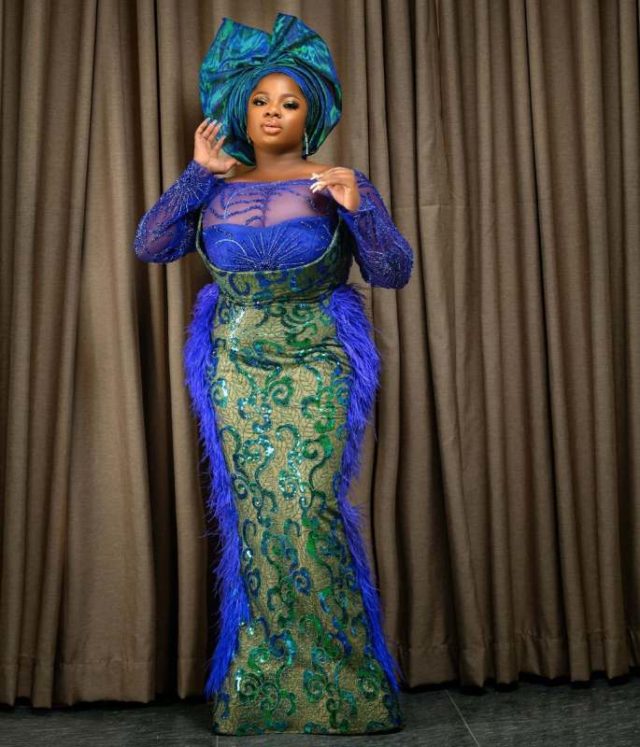 Dorathy
In reactions, the beautiful plus-size screen diva corrected the notion while affirming that she is not the one. 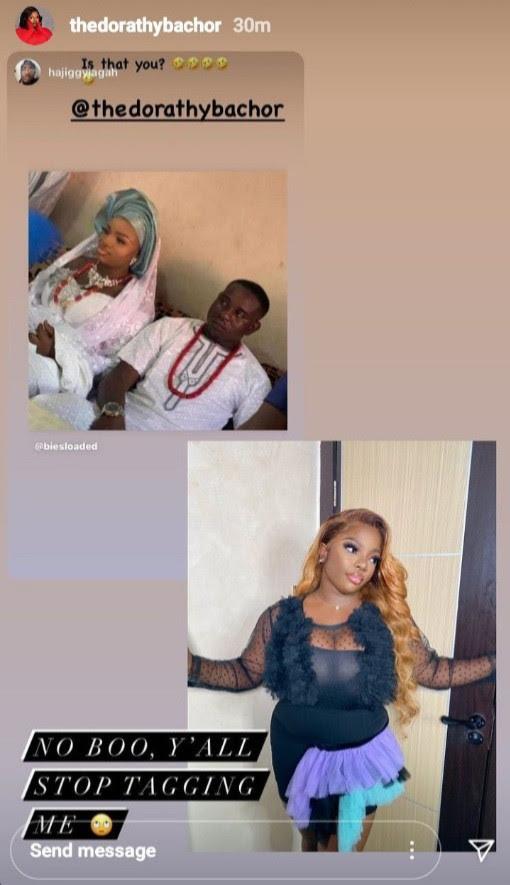