Body Cameras to be worn by security operatives in Lagos state has been unveiled by Lagos governor, Sanwo-Olu. 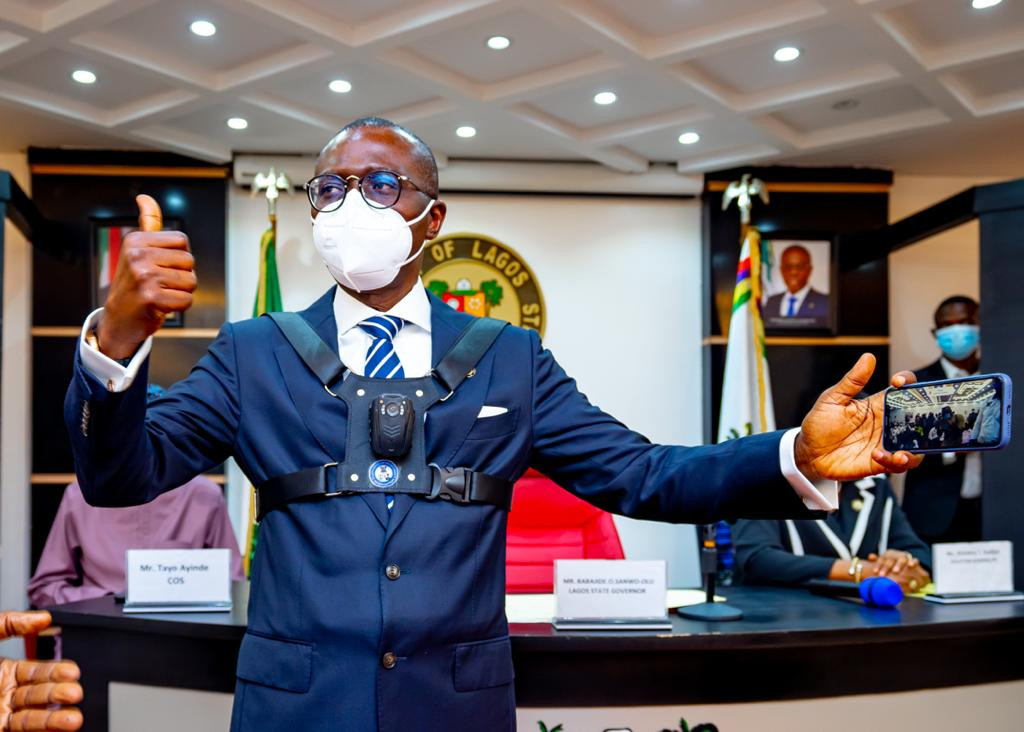 Sanwo-Olu shows off camera
Body cameras to be worn by security operatives have been unveiled in Lagos state.
The cameras were unveiled by Governor Babajide Sanwo-Olu on Wednesday March 31.
In his speech at the unveiling ceremony at Lagos House in Ikeja, Sanwo-Olu said the use of body-worn cameras would improve transparency and accountability in the activities of law enforcement agencies.
The Lagos state Governor who also disclosed that he has approved mass training for the state’s law enforcement personnel on the use of the body-worn cameras ahead of the deployment of the digital tools for security operations across the state, added that it will put the state government in a better position to respond to security challenges in real-time.
Sanwo-Olu said;
”I am pleased to inaugurate the use of body-worn cameras by law enforcement officers in Lagos and this is a groundbreaking move to enhance safety in the state, as well as increase transparency and accountability in the activities of our law enforcement agencies.
”Lagos State has strategically set the pace among other states in Nigeria to launch the use of body-worn cameras by law enforcement officers.
”The security challenges in different parts of the country are worrisome, but with proactive action, the use of modern technological tools, and a mix of well-trained and intelligent officers, we will successfully combat many of these challenges.
”With body-worn cameras, our law enforcement officers are better equipped to protect lives and properties, thereby, making Lagos safer for us all."
The Governor also revealed that the cameras would help the state government to check abuse of power and excesses by security personnel, and the devices would be used for evidence sharing and intelligence gathering.
Sanwo-Olu added;
”I am hopeful that all officers will optimise the cameras that will be assigned to them for the furtherance of justice and improvement of the law enforcement process.
”Our government will continue to prioritise the welfare of our law enforcement officers whose pivotal efforts we acknowledge in the entrenchment of a safe city." 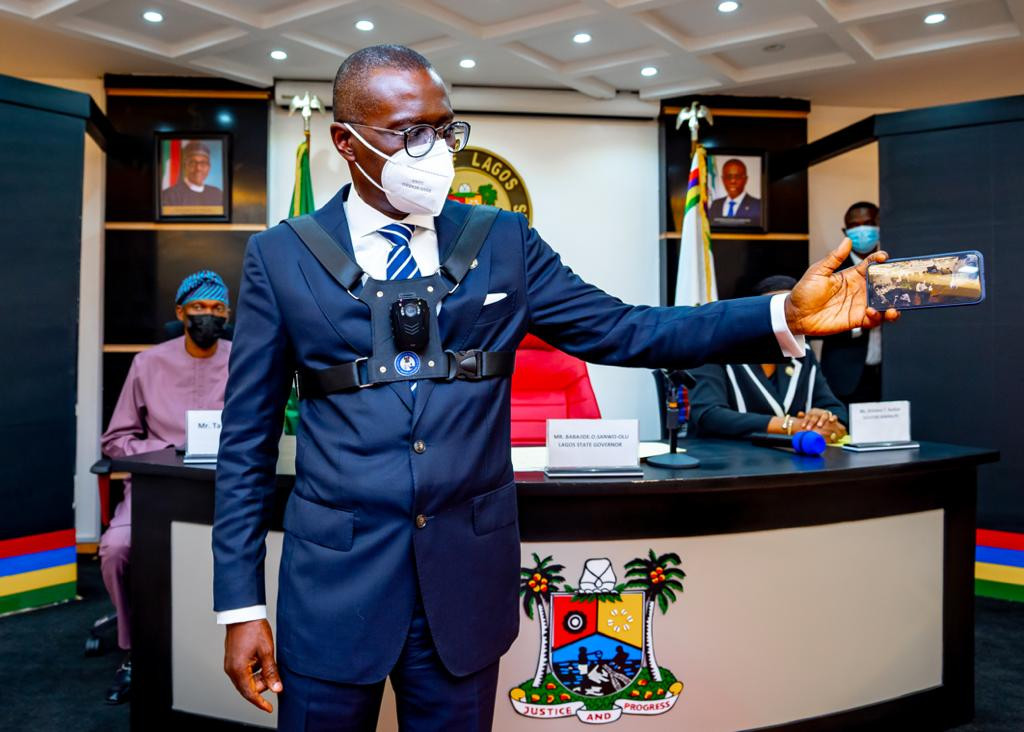