The victim who was abducted and shot on the foot by the suspects eventually lost his life after a huge ransom was paid. 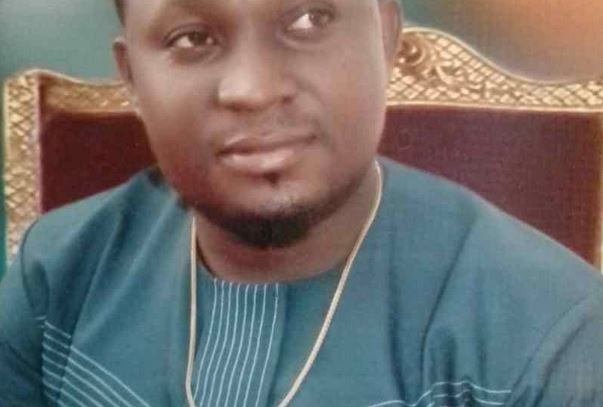 The body of a 36-year-old China-based businessman identified as Onyeka Oliver Ezewulu who was abducted, killed and buried in a shallow grave after the suspects collected the sum of N2M from his family members has been recovered.

Operatives of the Force Intelligence Bureau (FIB) Special Tactical Squad of the Command had stormed the kidnappers den in Mbiaso community in Nsit Ibom Local Government Area of the state on Monday, March 29, and killed three of the hoodlums during a gun battle.

It was gathered that the deceased businessman was shot on the leg while attempting to flee when the heavilly armed kidnappers laid ambush close to his house located along Idoro road, in Uyo on March 5, 2021. The gang thereafter bundled their bleeding victim into a White coloured Toyota Camry car and drove off.

Further investigations indicate that the victim was not given any medical attention and died as a result of the excessive loss of blood from the gunshot wounds. The kidnappers buried his body in a shallow grave near a stream along old Mbiaso road.

After his death, the kidnappers demanded a huge ransom from his family. On March 10, the family paid two million naira to the gang.

The discovery was made following detailed investigation by the police team led by CSP Julian Igbodu.

A middle aged female suspect identified as Deborah Sunday, was arrested and assisted the police in locating the hideout. 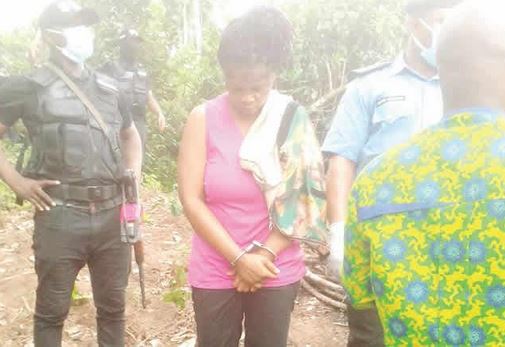 The suspect told journalists that three members of her gang abducted Onyeka on March 5. She explained that the victim was shot in his right leg when he attempted to run, adding that he was bundled into a car and taken to their hideout.

Deborah further confessed that she got her share of the N2m ransom the gang collected from the family. She, however, claimed that the N150,000 promised her from the ransom money, was still with the "DPO", believed to be the leader of the gang.

A brother to the deceased, Patrick, said that Onyeka was on a visit to his family in the state when he was attacked.

"Unknown to us, the hoodlums had already killed Onyeka before we paid them the N2m on March 10, 2021. That was why after the payment was made to them, we waited for days to see him regain his freedom, all to no avail. We didn’t know he actually died a day after he was kidnapped. That was four days before we paid the ransom,” he said.

The team was accompanied by a police pathologist and a pathologist from the University of Uyo Teaching Hospital (UUTH) Uyo, who conducted onsite autopsy on the body before handing the remains to his family for burial. 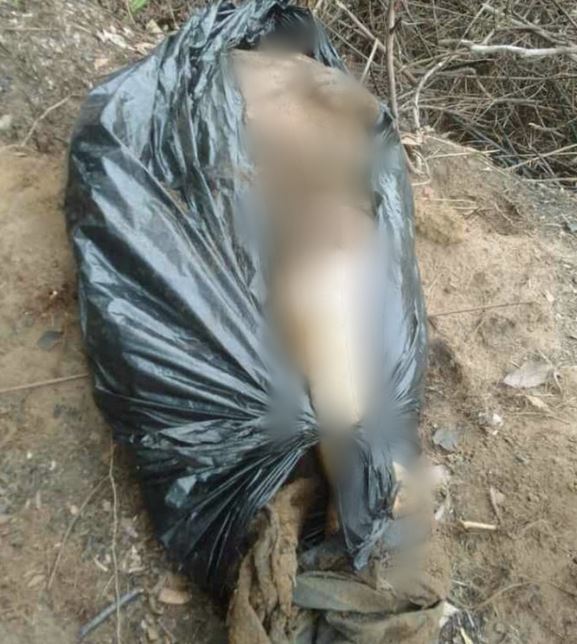 Addressing newsmen at the scene, spokesperson of the command, Odiko MacDon commended the state commissioner of police, CP Amiengheme Andrew and the STS team for their efforts which led to the success of the investigation.

He lamented the unfortunate waste of Onyeka’s life, assuring the public that the police will, at all times, ensure that criminals have no hiding place in the state. He solicited cooperation of members of the public in providing the police with useful information about crime and criminals.

On the whereabout of members of the deadly gang, Mr MacDon explained that the kidnappers had resisted arrest, and engaged the police in a firefight before they succumbed to the superior firepower of the police.

Farmer Hacked To Death By Suspected Herdsmen In Ibarapa