The woman who was also arrested narrated how policemen allegedly inserted a stick inside her private part. 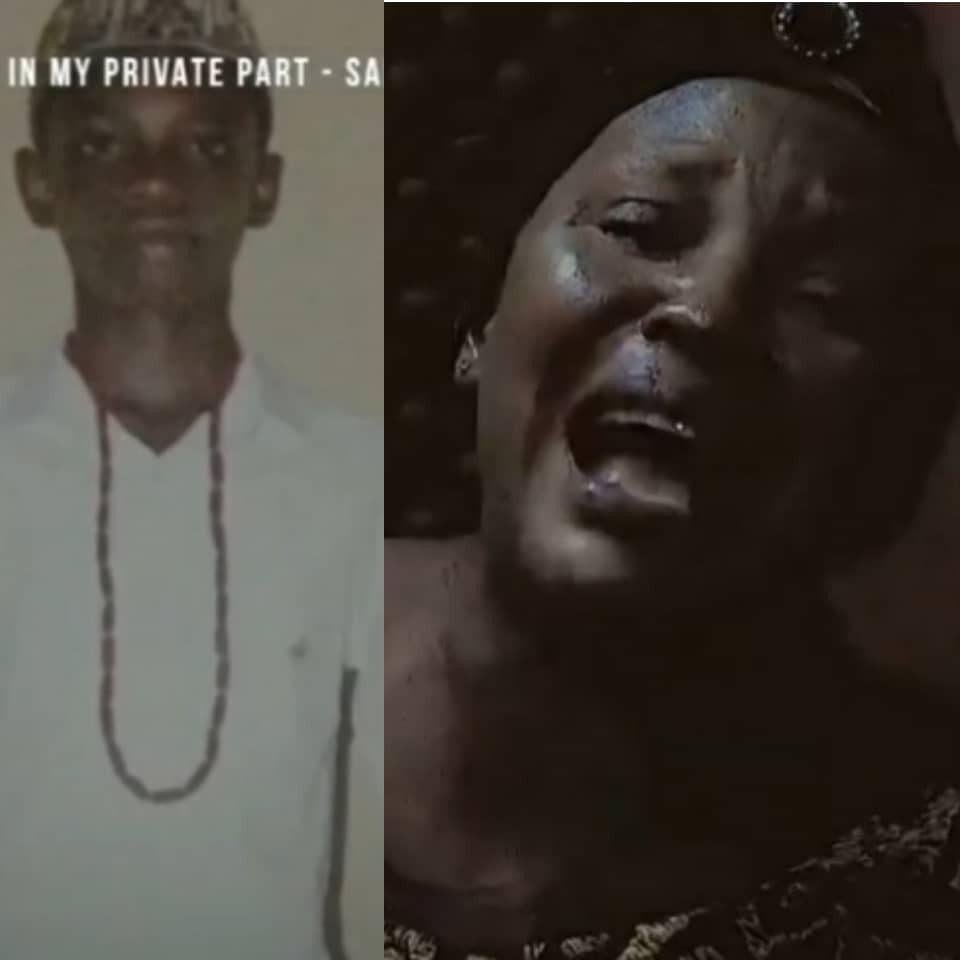 A truly heartbreaking and really chilling video has emeregd showing a Nigerian mum, Mrs. Victoria Agori, sharing gory details of how her 21-year-old son, Daniel, was allegedly shot dead in front of her on the 11th of May, 2019.

Her son was allegedly killed by officers of the Inspector-General of Police Monitoring Unit in Alu, Rivers state, after they accused him of being a member of a kidnapping gang.

The woman who was also arrested narrated how policemen allegedly inserted a stick inside her private part.

While giving an account of what transpired, Mrs. Agori who couldn't control her tears, told Root TV that her son and his fiancee had a domestic issue with her daughter, Felicia Agori, over a piece of cloth. Felicia got angry, and to teach her brother and his fiancee a lesson, she invited her boyfriend, Victor Nelson who is an officer to help her flog them. Felicia thought her boyfriend punishing the couple would make them show her more respect. Little did she know that the incident would lead to her brother's death.

''2019, May 11, a Saturday morning, my son and his fiancee with my daughter, Felicia Agori, had an issue about a cloth. She called her boyfriend, Victor Nelson, to come and flog her junior brother and his fiancee so they will respect me as their senior.

Come and flog him small to give me respect, she didn't know it is to come and take the life of her brother and open her mother's leg'' the distraught mother said

Mrs. Agori said the officers, Bello Yusuf and Musa, allegedly assaulted her in the process, inserting a gun in her private part after accusing her of also being a kidnapper.

While testifying before the FCT Judicial Panel of Inquiry on Human rights violation by SARS, DCP Bello Yusuf who is one of the accused police officers, alleged that late Daniel was a member of a kidnap gang and that his family members were covering up his criminal activities. He told the panel that he and other members of his unit stormed the Agori apartment while acting on a tipoff that late Daniel was responsible for the kidnap of a 90-year-old woman. He told the panel that the officers recovered a locally-made single barrel gun from the deceased during the operation.

Mrs. Amori however dismissed DCP Bello's claim, insisting her son until his death was a footballer.

''Because I refused to agree to a backyard settle, look at all what they are saying. They are saying all kinds of lies''she said

Mrs. Amori is demanding that the police release her son's corpse to her for burial.

Watch the chilling video below