Woman Gives Shocking Reason Why She Refused To Date A Man


According to the lady, the man couldn't say sorry after she choked on her meal during their date. 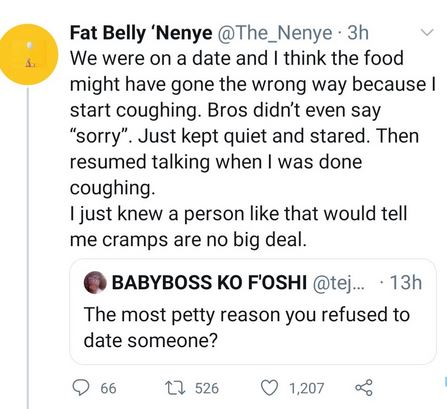 A lady took to Twitter to reveal the shocking reason she refused to date a man after going on a date with him.

'The most petty reason you refused to date someone?' a Twitter user asked.

One Twitter user replied: 'We were on a date and I think the food might have gone the wrong way because I start coughing. Bros didn’t even say “sorry”. Just kept quiet and stared. Then resumed talking when I was done coughing. I just knew a person like that would tell me cramps are no big deal.'

Others have responded, telling her it's a valid reason to refuse to date a person. 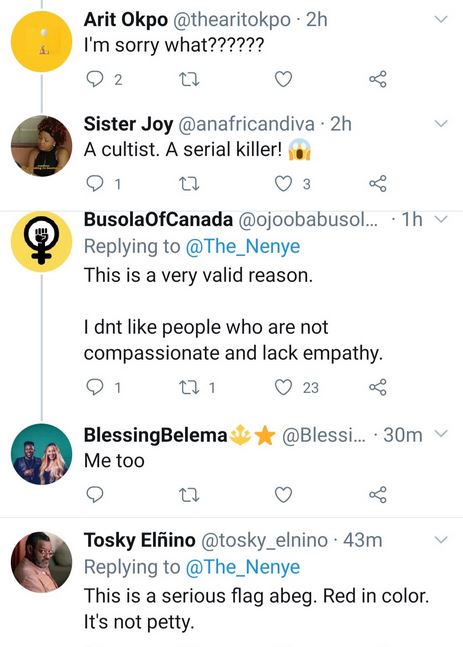