A pregnant woman has won gold in taekwondo at the ongoing National Sports Festival. 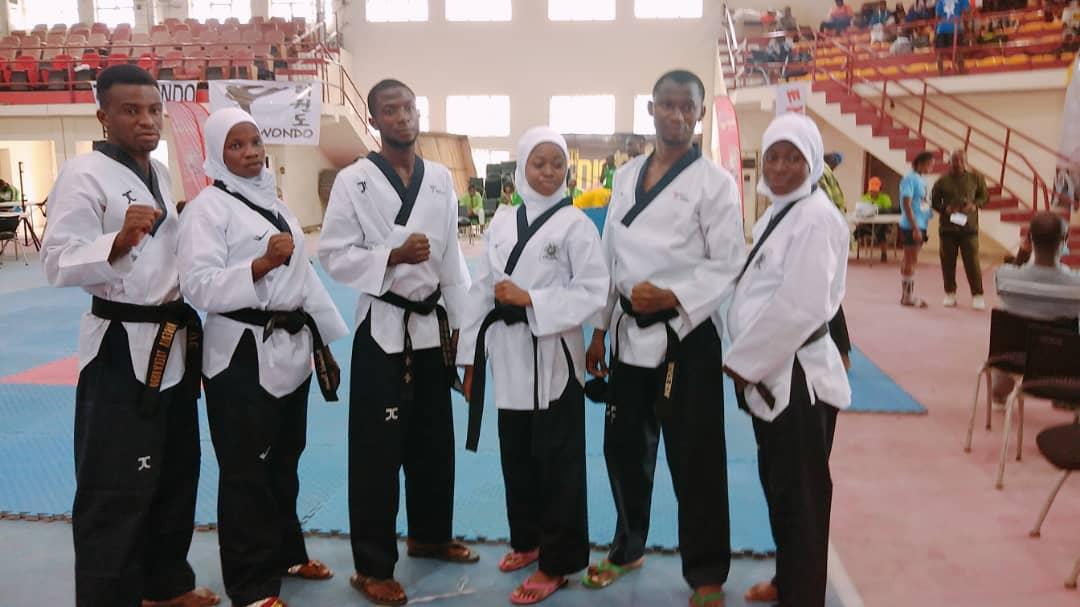 Poomase team at the National Sports Festival
A pregnant woman has shocked other athletes after winning gold in taekwondo at the ongoing National Sports Festival in Edo.
Aminat Idrees is said to be eight months pregnant. She won the first gold for Team Lagos at the ongoing National Sports Festival.
Idrees, who put up an inspiring outing, won the gold in the Mixed Poomsae category in Taekwondo alongside her male counterpart, Arowora Roqeeb.
She also won silver in the female team Poomsae category and an individual bronze in the same category.
This makes her one of the leading medallists at the festival.
Similarly in the 2018 edition of the competition, Aminat Idrees won a bronze medal in the individual (female). In taekwondo Team Pair, she also won silver alongside Arowora Rokeeb.
In other event at Edo 2020, Team Lagos won silver medal in the female team six-a-side cricket, while their male counterpart won a bronze medal.
Edo won the gold medal of the six-aside cricket event at the festival.
Edo beat Kwara and Lagos to silver and bronze medals respectively.
Also, Rachael Tonjo, the record holder in the swimming event won gold medal for the hosting state.
Top Stories