A New Acting IGP in the person of Usman Alkali Baba has been appointed by President Muhammadu Buhari. 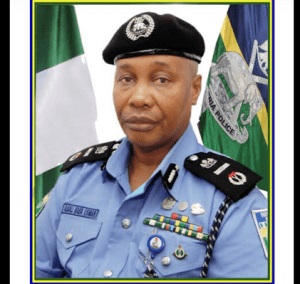 New Acting IGP, Usman Alkali Baba
Usman Alkali Baba has been appointed as the new acting Inspector-General of Police.
His appointment was approved by President Muhammadu Buhari who is currently in London.
According to the Minister of Police Affairs, Maigari Dingyadi, the appointment takes immediate effect.
Dingyadi disclosed the new appointment to State House Correspondents on Tuesday at the Presidential villa, Abuja.
Buhari had on February 4, 2021 extended the tenure of Mohammed Adamu as the Inspector General of Police (IGP) for three months.
Adamu has spent two months and three days for the extension.
Top Stories