The assailants who also appeared to be arsonists attacked the community and set ablaze 15 houses. 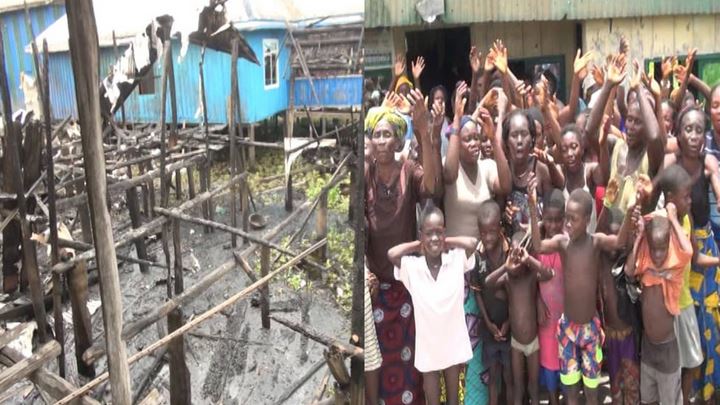 There was tension in Asere community in Ese-Odo Local Government Area of Ondo State as gunmen attacked the village.

The assailants who also appeared to be arsonists had in their numbers attacked the community and set ablaze 15 houses.

It was gathered that the arsonists who were known to the residents of the community attacked the community after the locals allegedly tipped off security agencies about their activities and movement.

Angered by the move of the arsonists, women in the community who protested the attack and destruction of the community, called on security agencies to arrest the gang members.

According to the protesting women who identified the suspected gang members as Kutu Mone aka MK; July Mone; Best Oniwei; Iyemiyelawei Mone; Mathew Suku Polobubou; Dedewei Mone and Bado Ogbudugbudu said the gang have been operating in the riverine area for a while until security operatives started clamping down on them.

One of the protesters, who simply called herself Faith said the ringleader of the gang, Kutu Mone, who hails from Asere, invaded the community alongside his gang members because he felt his people were giving security men tip-offs about their activities.

On his part, the Paramount ruler of Agadagba Kingdom, Oba Zachueus Doubra said he received a report that one of his subjects, who he described as a ‘recalcitrant boy’ invaded Asere to burn down the community.

Reacting to the development, the Police Public Relations Officer, Tee-Leo Ikoro, said the Police is on top of the situation, urging the people to back to their normal businesses.

“Our men have taken over the area and with no time, MK and his gang would be arrested and be prosecuted as well.” 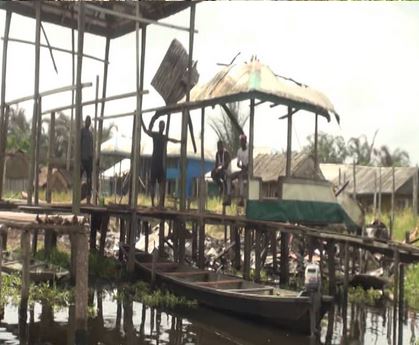 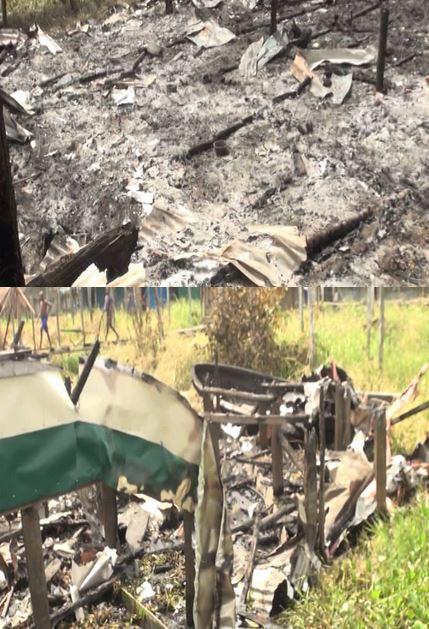