A stolen Ile-Ife artifact belonging to Nigeria has been returned to the country by Mexico. 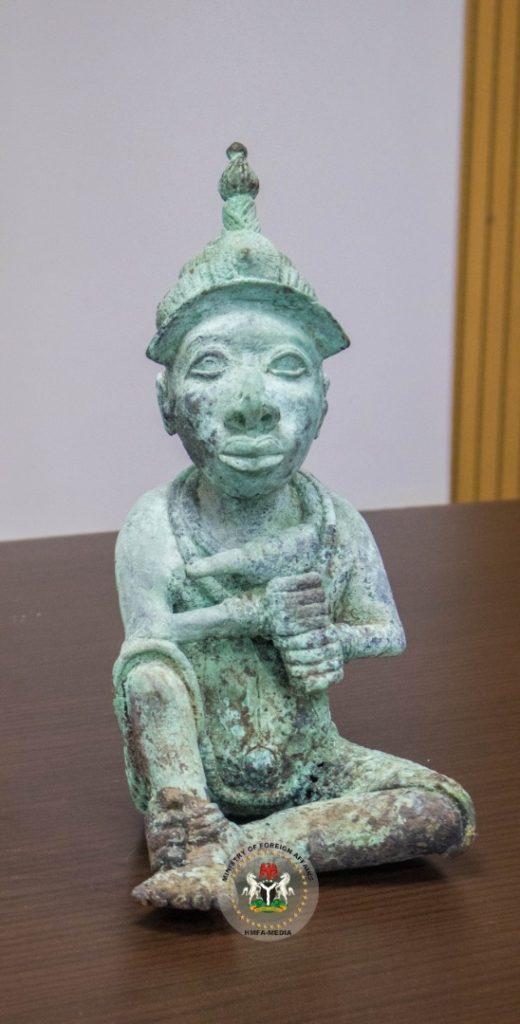 Stolen Ile-Ife artifact returned to Nigeria
Nigeria has received an Ile-Ife artefact that was stolen from the country.
Foreign Affairs Minister Geoffrey Onyeama yesterday in Abuja received the artefact from Mexico.
The minister called for a more secured border to prevent future theft.
Onyeama collected the artifact from the Charge d’Affaires of the Nigerian Mission in Mexico, Dr. Yakubu Dadu.
The minister hailed the Embassy for recovering the artifact.
He noted that the interventions of Nigerian envoys in recovering stolen national possessions showed the important works they were doing as against negative reports of Nigerian missions in the social media.
Onyeama expressed appreciation to the Government of Mexico for ensuring that the artifact was duly returned to Nigeria.
Acting Director General of the National Commission for Museums and Monuments, Mr. Gimba Muhammed, said a lot of measures were put in place to prevent stolen artifacts from leaving the country.
“There are lots of measures in place to end theft of artifacts. There are countries-to-countries agreements.
“Recently, there was an ECOWAS Head of Cultural Directors Ministries which papers were presented by ECOWAS countries to restitute some of these our properties from any country that they are found.
“If you find that of Nigeria in Côte d’Ivoire, they bring it, and if you find theirs here, we return it to them,” Muhammed said.
The Legal Adviser to the National Commission for Museums and Monuments, Mr. Babatunde Adebiyi said plans were underway to build even more secured museums with global standards.
“Museum as an Institution has evolved in Nigeria and are better secured now and I can vouch that hardly can anybody steal objects from Nigerian Museums.
“We are making arrangements to build a Museum in the standard of the Western World like the one we are making efforts with the Edo State government to build and even some foreign governments,” Adebiyi said. 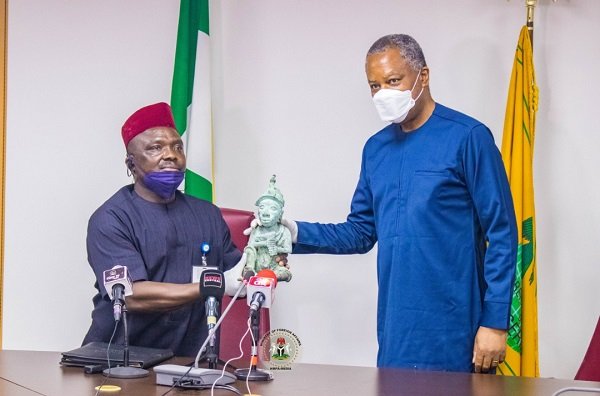