Shocking! How A Police Officer Allegedly Stole 10 Dead Bodies From A Cemetery


The officer from Gomoa Kyiren in the Gomoa West District of the Central Region allegedly exhumed and bolted with over 10 dead bodies from the Gomoa Fawomaye Cemetery. 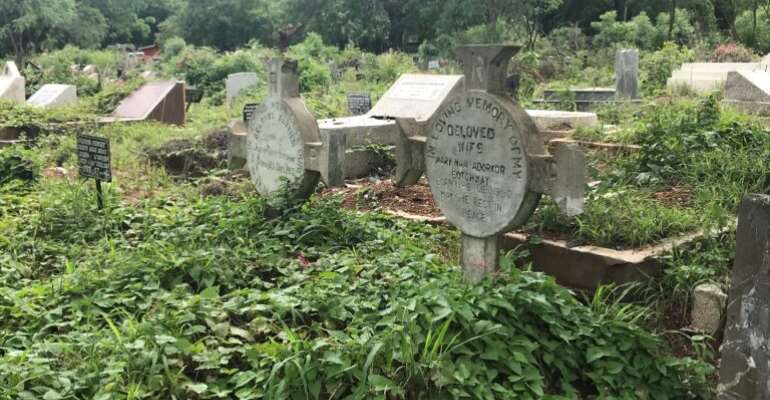 The officer from Gomoa Kyiren in the Gomoa West District of the Central Region allegedly exhumed and bolted with over 10 dead bodies from the Gomoa Fawomaye Cemetery.

At a Press Conference organized by the angry Chiefs and residents of Gomoa Fawomaye in the Gomoa West where the incident took place, the Odikro of the area Nana Okofo Kwakye Abeka Acquah III said the police officer who is not from their community came to them and informed them that he wanted the land for a project.

But the Chiefs told the Police Officer that the land in question was a cemetery and was not available.

The Chiefs noticed the next day that the police officer and some thugs had invaded the Cemetery, demolished and defaced it.

Inspections made by the Chiefs, Elders, residents, and media indicated that over 10 dead bodies and skeletons were missing, allegedly stolen by the police officer.

The Chiefs and Elders in the area exhumed all the graves and found out that the bodies of some people who died in an accident were missing.

According to the angry Chiefs, they have given the police officer one week to return all the dead bodies, else a massive demonstration will be held against him and will also be sent to court.

According to the Chiefs, the Police officer has also destroyed the only Cemetery the community depends on.

They added that the exhumed dead bodies will also cause serious implications to the community spiritually.

Speaking to EIB Network’s News Yaw Boagyan, some of the family whose dead relatives have been stolen allegedly by the alleged Police Officer expressed their anger at the situation.

The angry residents are appealing to the Inspector General of Police James Oppong Boanuh to come to their aid for the police officer to be arrested.

They added that the officer in question is threatening them after he was confronted.

In a phone interview, Superintendent Robert Cobby, said the Chiefs and Elders of the Community don’t accord with him with respect and asked them to take the incident to the court.

He confirmed taking the bodies but failed to disclose where they were taken to and asked the Chiefs and residents to proceed to court if they have any issue with his actions.