Raphael said his brother was mistaken for a thief because the new occupants saw him with a mini-bag, where he kept his phone and the keys to his house which they suspected would be used to break open their locks. 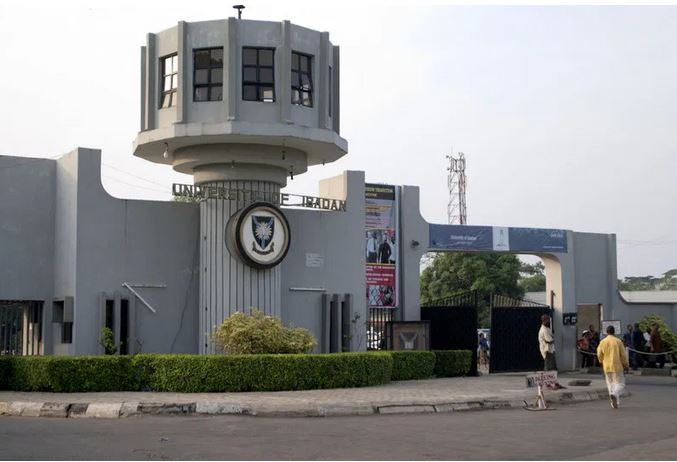 Peter Abiola Akingbade, a final-year student of Wood Engineering at the University of Ibadan, Oyo State, is currently hospitalised after being allegedly mobbed by indigenes over suspicion of theft.

The victim's brother, Raphael, who spoke with SaharaReporters, said Akingbade had gone to visit a friend outside the university's campus but was unfortunately mistaken for a thief by the new occupants of the lodge as the friend, Ope, had relocated to another hostel.

Raphael said his brother was mistaken for a thief because the new occupants saw him with a mini-bag, where he kept his phone and the keys to his house which they suspected would be used to break open their locks.

According to him, Akingbade was allegedly stripped and beaten. He was said to have sustained injuries all over his body, including the skull.

He added that his brother was thereafter left stark naked, bleeding in the rain.

He said the young man managed to crawl back to his hostel in the rain and passed out but was saved by the intervention of his landlord and co-tenants who took him to the hospital.

Raphael said the culprits were arrested but feared they might be released on bail while Akingbade is still currently in critical condition, having lost two teeth to the incident.

He said, “On the faithful evening of the  6th of April, 2021, around 6:20 pm, my younger brother, Peter, was engaged with his phone all day. After exhausting his phone battery, he decided to check up on his friend named Ope in the Agbowo area, around the school campus. On getting to the building where he had seen the friend once or twice, he was told that he was at the wrong place.

"Peter had just moved into a new place he rented about three weeks earlier and knew nothing about the neighbourhood or events that had been happening there. But the occupants, instead of telling my brother to leave their premises, told him some people had been coming around to steal their stuff and they would make a scapegoat of him. They decided to strip him naked and started beating him up.

“He was mobbed with machetes, sticks, iron rods and all sorts of weapons they could lay their hands on. He sustained multiple lacerations to the skull and all over his body. Thereafter, it started raining and he was left there bleeding in the rain, and when he was able to regain his consciousness, he got up and crawled stark naked back to his hostel where he finally passed out. His landlord and neighbours saw him on the ground bleeding and he was rushed to a nearby hospital where he is right now.

“His aged parents were called and they came from Ogun State. On getting to Ibadan, they went to the police station to report the case at the Sango Police Station but the officers in charge of the case realised that his statements were not coordinated at that time. For that reason, they couldn't take a statement from him until he had fully recovered and been discharged.

“Two days after receiving a comprehensive treatment at the hospital, he was able to get back some of his mental coordination and he was taken to the police station to narrate his story and also make his statement. He also led the police officers to the scene of the crime. The police arrested two of the assailants, who raised the false alarm which led to the mob action.

“They claimed that he had unlawful access into their apartment without a sign of forceful access or breaking of their facility in broad daylight, and they thought he knew how to unlock the lock because they found his house keys in his pocket and also he had a fashion mini backpack on him where he kept his phone that had a flat battery. They said this was why they decided to strip him naked and raised a false alarm that he must be a thief, even without anything that could incriminate him as one.

“Presently Peter Akingbade is still undergoing medical treatment in the hospital and his relatives requested that he should be taken to Ogun State Hospital for intensive investigation and continuation of comprehensive medical and dental surgery after sustaining the loss of two teeth to the battery.

“We have our fears that these criminals will be released on bail and no one will fight the innocent boy injured and scarred for life.”