A model has left family and friends shocked after she died in her sleep at the age of 30. 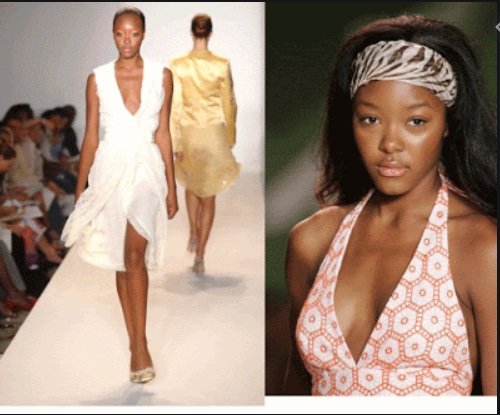 Ashley Gerren Taylor
A young and popular American model, 30 has died in her sleep.
Ashley Gerren Taylor was a beautiful runway model who appeared on the BET reality series Baldwin Hills and documentary America the Beautiful.
She was aged 30 as of the time of her death.
According to The Shaderoom, the mother of one passed away in her sleep due to natural causes on Sunday, April 11, around 4:30 am.
The report also said she battled with Lupus disease and was on dialysis at the time of her death, she also had various health issues.
Her fellow BET star Ray Cunningham has confirmed the sad news via his social media pages. Taking to Twitter, he wrote:
“Just got the worst news. I hate it’s on the internet already. RIP to my @BET fam, my babes Gerren (Baldwin Hills).” He added in another tweet, “Unfortunate circumstances. We love you, Gerren.”
Ashley Gerren Taylor started modelling when she was 12 after being spotted by a talent scout in Los Angeles Park.
She was the youngest model ever signed by the runway division of L.A. Models.
Taylor also signed with the Ford Modeling Agency and was booked by the designers Tracy Reese, Tommy Hilfiger and Betsey Johnson.
Top Stories