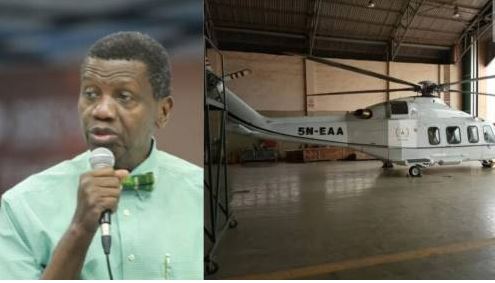 Pastor Adeboye
The corruption in Nigeria's aviation sector has been exposed by the General Overseer of the Redeemed Christian Church of God (RCCG), Pastor Enoch Adeboye.
The man of God lamented that an official of the nation’s aviation sector demanded bribe from him before he would be allowed to fly his helicopter.
He, then, called for a drastic action against corrupt practices in all facets of Nigeria.
The renowned cleric disclosed this on Saturday during a special meeting with all ordained ministers of the mission at RCCG, Region 21, Oyo State.
Adeboye, who arrived at RCCG 21 Headquarters, Oluyole, Ibadan, around 1:25 pm, said he arrived late for the meeting because someone had requested a bribe from him to fly his chopper.
He said to avoid being late to the meeting, he had decided to embark on the trip via his chopper to avoid a possible congestion at the busy Lagos/Ibadan Expressway.
However, the preacher withheld the identity of the said official and the department or agency involved while saying such a demand from him was a waste of time.
“I don’t give excuses because I have discovered long ago that only failures give excuses. But you must pray for Nigeria.
“Something must be done about corruption in this nation. All I can say is that I’m this late because somebody wanted a bribe. And you know if you’re expecting a bribe from me, you have to wait forever.
“But the devil has failed. And the devil will continue to fail. Fortunately for me, when I said…I started to leave for Ibadan by 9:00 am.
“I decided to come because I know what the devil could do, by helicopter, so that there won’t be a traffic jam that would tie me down on the expressway.
“Then, I ran into something else. But by the grace of God, we’re here,” Adeboye said.
Meanwhile, Sunday Tribune gathered that the authority, which demanded a bribe from the septuagenarian, was communicated with to authorise the use of the airspace at the material time.
It was further gathered that it took a presidential involvement from Abuja before Adeboye could embark on the trip to meet with the ordained ministers in Ibadan after experiencing a five-hour delay by the federal authority.
Top Stories