Shade pointed out that instead of Ruth being "bitter," she should be better and expect to be recognized next time the award ceremony holds. 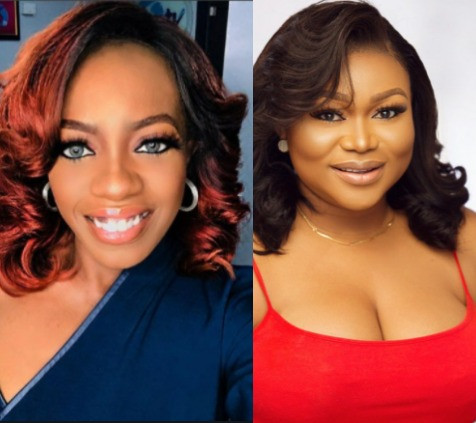 Shade Ladipo, a Nigerian media personality, has reacted to the post by actress Ruth Kadiri in which she called out Mo Abudu and the organizers of the Eko Star Film and TV award for ''overlooking'' her during the award ceremony.

Shade pointed out that instead of Ruth being "bitter," she should be better and expect to be recognized next time the award ceremony holds.

Ruth Kadiri did not receive any award and she took to Instagram to say her piece while tagging the organizers of the award event. According to her, she wasn't recognised and given an award, despite her efforts, because she doesn't belong to any clique.

Reacting to Ruth's outburst, Shade in a post shared on her Instastories, asked Ruth to stop being "bitter" and instead  be better. 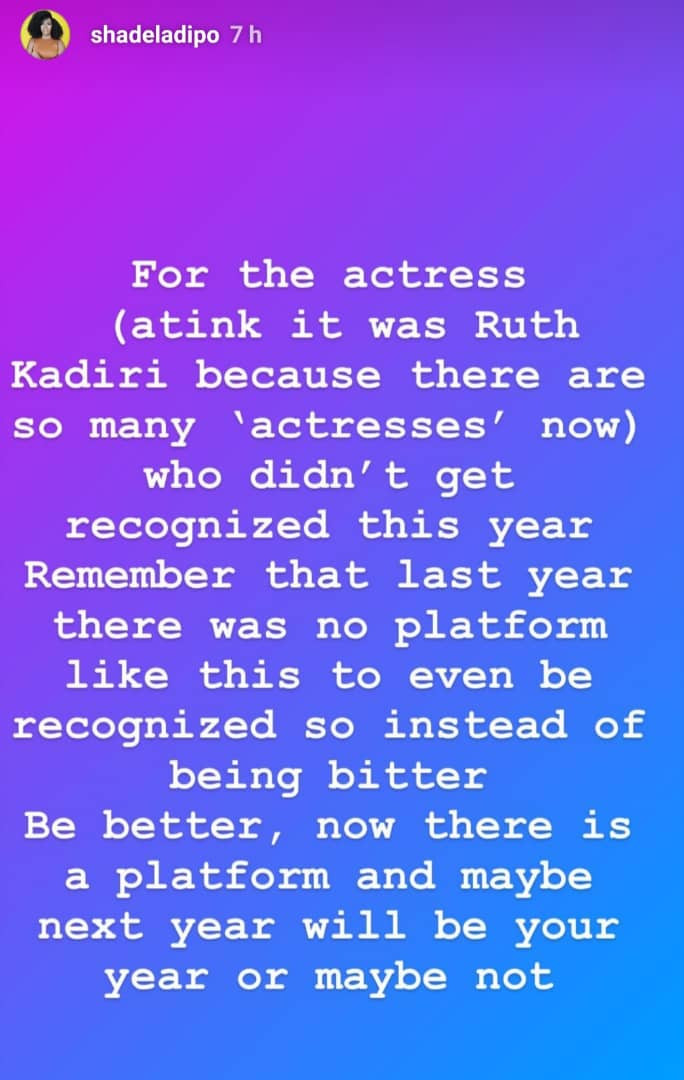 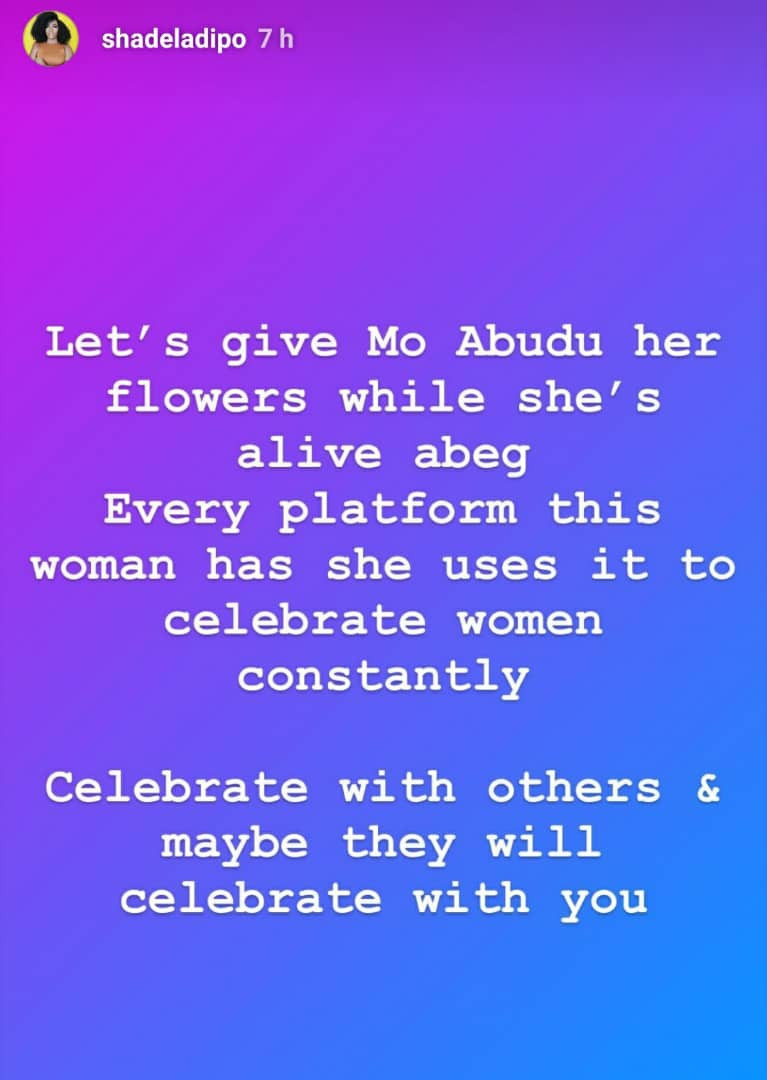