The suspect was arrested by the police for allegedly having a hand in the killing of the student. 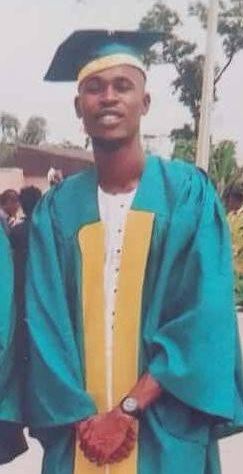 Following the murder of a student, James Okunmakpeye, the police have arrested one African Innocent, a 300-level Accounting undergraduate of the Niger Delta University, Wilberforce Island, in connection with the unfortunate incident.

We reported that Okunmakpeye, a 200 level level Marketing student was shot dead by the suspected cultist at a lecture hall on Wednesday, April 14.

Spokesman of the State Police Command, Asinim Butswat, who confirmed the arrest on Thursday, April 15, said the command had mobilised men to beef up security in the school.

"When our teams were alerted, we responded swiftly and one suspect, African Innocent, a 300-level Accounting undergraduate of the institution, is in custody. The victim, James Okunmakpeye, was shot in the head at close range and he was rushed to hospital, where he was pronounced dead. We have beefed up security on the campus and we are going to arrest more suspects involved in the murder." Butswat stated.