A heartless man who killed a woman by strangling her in Benue state has finally been arrested. 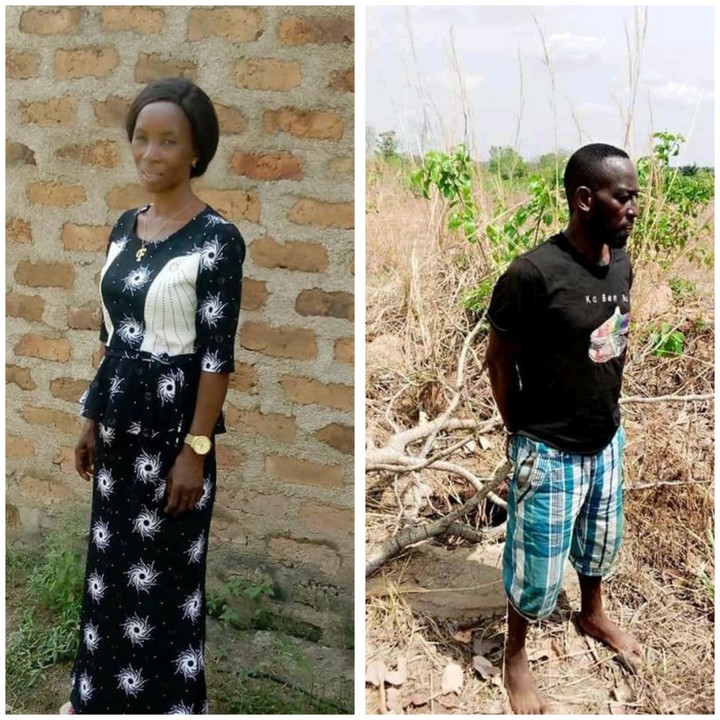 The suspect killed the man after rape attempt
A man who killed a woman while attempting to rape her in Benue state has been apprehended.
The suspect identified as Benjamin Terungwa Agura, had on April 7, 2021, allegedly murdered Ruth Mbachilin, a yam trader, and dumped her body in a well near Uchi Mbakor in Tarka ocal Government Area of Benue State.
The suspect called the deceased on pretext of selling yam to her. When she arrived, he took her to Wanune and from there to to his compound in Uchi Mbakor, where he allegedly killed her.
Police operatives arrested Terungwa and after days of interrogation he confessed to the murder and on Friday, April 16, led the police to the well where the corpse was exhumed.
Facebook user, Garshagu Atovigba, who shared the photos on his page, said the suspect made away with the sum of N70,000 belonging to the deceased after killing her.
He wrote;
"Pix 1: Ruth Mbachilin, wife of Mr. James Mbachilin (see Pix 2: Ruth and her husband, Mbachilin) was murdered by one Benjamin Angura (pix 3) some 20km into the bush from Uchi Mbakor in Tarka LGA Benue State. He had strangled her and robbed her of N70k, tied her feet to legs with her wrapper and dumped her body in an abandoned well in his deserted compound where he had murdered her and filled the well with garbage in order to delete evidence of the act. The police, however, caught up with him and in Makurdi police headquarters he confessed that he had murdered the lady and buried her in the well and led the police to the well which was dug up for the body to be exhumed. The body got decomposed (last pix : murderer with decomposed corpse of Ruth) almost beyond recognition save for the wrapper which her husband recognized!" 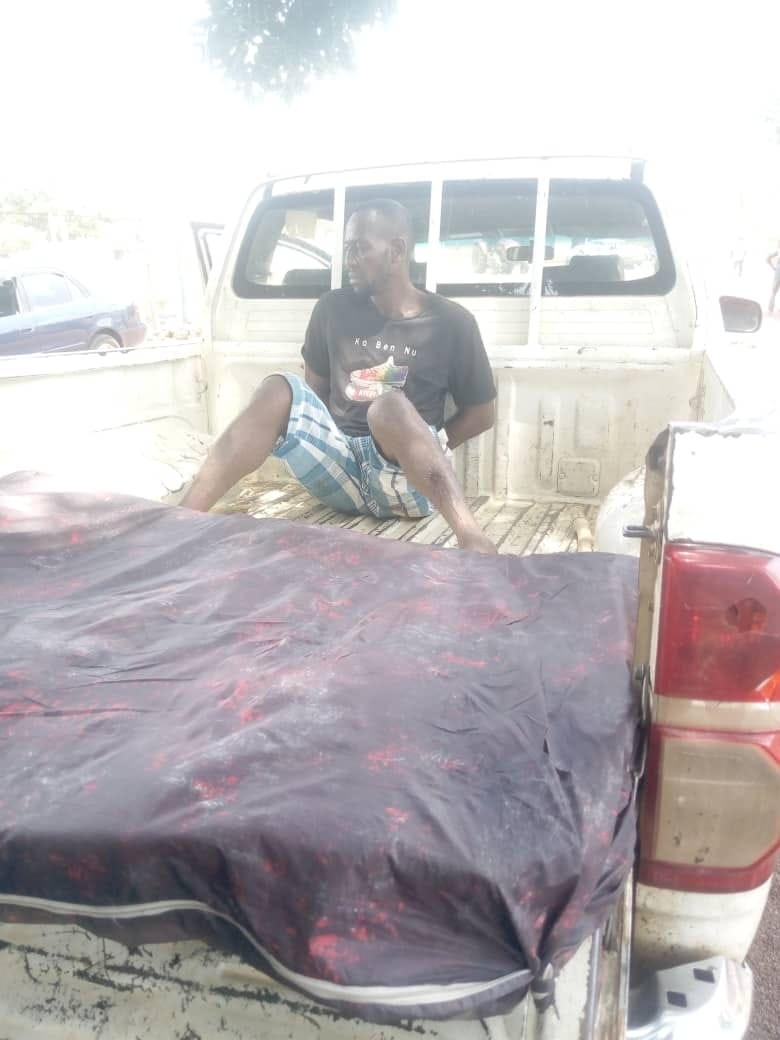 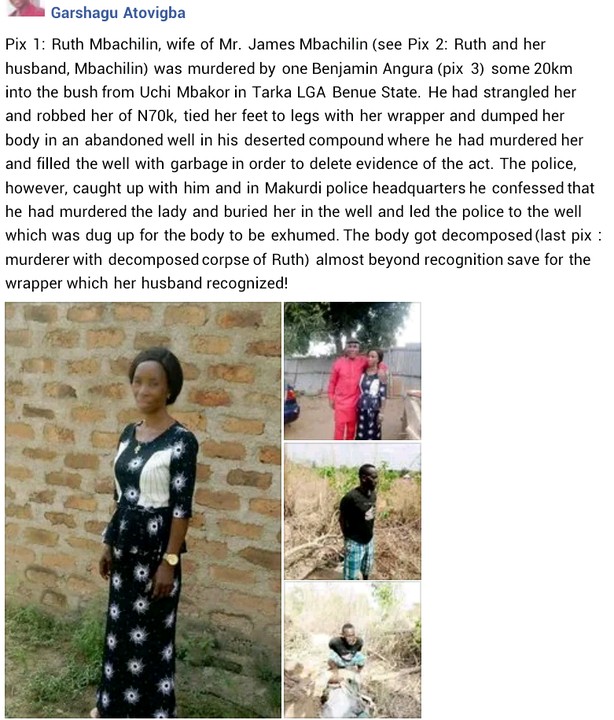