Members of the Lagos state Judiciary Staff Union of Nigeria have resumed partially. 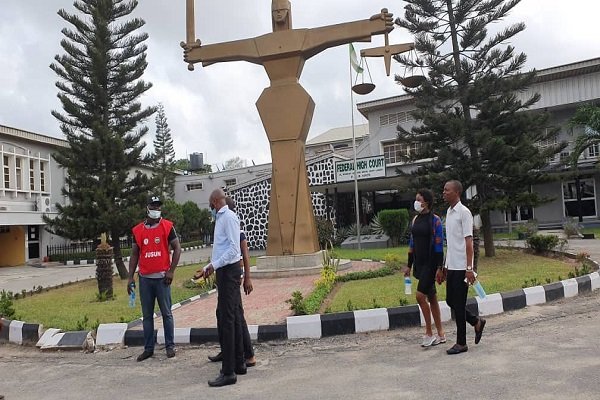 The Lagos Chapter of the Judiciary Staff Union of Nigeria (JUSUN) has asked workers to resume partially.
The decision was taken after a meeting with stakeholders during which 70 percent of their demands were met.
JUSUN Lagos Chairman, Asiwaju Shobowale Kehinde, confirmed their axillary demands are being speedily looked into and results manifesting.
He said they had many interactions on the industrial action with State chairmen especially from the southwest, Southeast and south south regions.
He noted it was only Lagos State Government that has shown concerns with the JUSUN struggle.
Shobowale said judicial workers in Lagos have resolved to be on strike on Mondays and Tuesdays and open the courts between Wednesdays and Fridays.
Details shortly…
Top Stories