Pantami's Targets Are Non-Muslims, He Hasn't Changed - CAN Blows Hot


Pantami has been under fire of late over his past pro-Taliban comments supporting the activities of terrorist groups, including Taliban and Al-Qaeda. 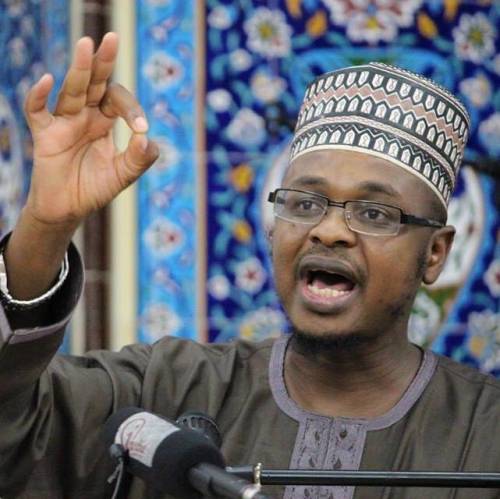 The Christian Association of Nigeria has lambasted the Presidency for defending the Minister of Communications and Digital Economy, Isa Pantami, and his past radical pro-Taliban comments, The PUNCH reports.

General Secretary of the apex Christian body in the country, Joseph Daramola, also claimed that non-Muslims had been the minister's target right from his days as Chief Imam of Abubakar Tafawa Balewa University mosque in Bauchi State.

Pantami has been under fire of late over his past pro-Taliban comments supporting the activities of terrorist groups, including Taliban and Al-Qaeda.

In audio clips that resurfaced lately, the minister, an Islamic scholar for about three decades, once declared that he was always happy when infidels – non-Muslims – were massacred.

Though he has since renounced the comments, blaming it on immaturity, many Nigerians continue to demand his sacking or resignation.

But in a statement on Thursday, presidential spokesman Garba Shehu ruled out the possibility of the sacking of the Minister when he said, "The Minister has, rightly, apologized for what he said in the early 2000s. The views were unacceptable then and would be equally unacceptable today were he to repeat them. But he will not repeat them – for he has publicly and permanently condemned his earlier utterances as wrong.

"In the 2000s, the Minister was a man in his twenties; next year, he will be 50. Time has passed, and people and their opinions – often rightly – change."

Speaking on Friday, the secretary of the Christian body said it was not surprising that the Presidency swiftly came out to exonerate Pantami despite his past radical views and support for terrorists.

"Pantami must have been given specific instructions. The government studies the characters they put in particular positions. If you are eloquent in speaking and you can lie, you can be made Minister of communications. If you know how to fight workers, you can be made Minister of labour. If you are known for your academic prowess and can manipulate the academic environment to suit government policies, they put you in education.

"So, that is what government does. Should we now expect the government to say, no, we jettison him (Pantami)? No, they won't deny him. They have their reasons for making him a minister in the first place."